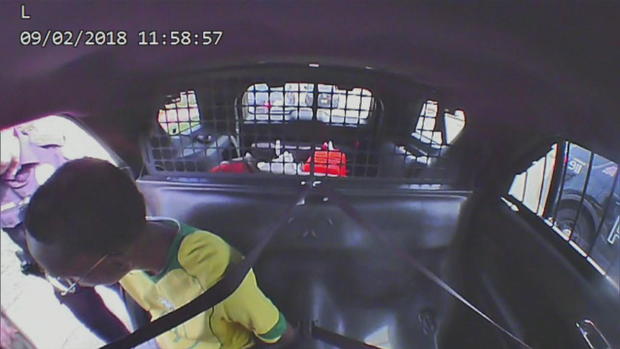 The family of a black teenager in Wisconsin is considering legal action after police pulled him over and handcuffed him because of an apparent "false robbery" call. Akil Carter was riding in a car with his white grandmother. Police say they pulled the car over after getting a tip that two black males were robbing a white woman nearby.

A police spokesperson says the officers responded appropriately and released the teen as soon as they realized there was a "misunderstanding." Still, the family wonders how this potentially dangerous situation could have happened in the first place, reports CBS News' Michelle Miller.

Wauwatosa Police Department cameras captured police ordering 18-year-old Carter out of his grandmother's car, handcuffing him, and ordering him into the back of a squad car.

Carter's grandmother, Paulette Barr, had just left church and was driving him to work when police stopped them. Officers say they initially started following them after an African American man and woman identified the vehicle. They said it was carrying a white woman who was being robbed by two black men. But police say they never got a formal statement from those witnesses because they left the area. The family's attorney is skeptical.

"It seems strange that for all the dash cam footage the police have turned over, we have not seen anything where the officer is interacting with these people," said Joy Bertrand, Carter's family's attorney.

After Carter was detained, an officer is seen exiting his patrol car with his gun outside the holster. Officers then approached the teen's grandmother who said, "This is my grandson." Police say Carter was handcuffed for approximately six minutes.

"Well, I'm guessing what this sounds like is a really big misunderstanding," one officer said.

The family's attorney says even if the police account is accurate, the officers clearly overreacted.

"Any random person can run up to a police officer now and say, stop that car, it's engaged in a robbery, and that's all it takes," Bertrand said.

The family's attorney says the frightening encounter left the grandmother feeling helpless, wondering what she could have done to protect her grandson. 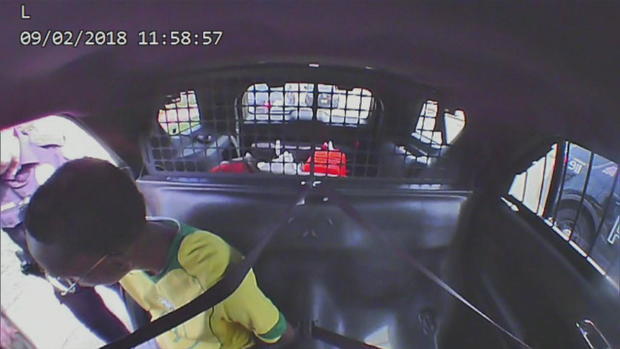