"If you're not interested in helping the president, you shouldn't work for the president as far as I'm concerned," Ryan said at his heated weekly press conference on Thursday.

The Times on Wednesday published the scathing op-ed, in which the author describes an internal "quiet resistance" to President Trump and assures Americans that at the White House, "there are adults in the room."

Shortly after its publication, Mr. Trump called the op-ed "half-baked, ill-informed and occasionally reckless decisions" and responded with this tweet:

CBS News' Chief Congressional Correspondent Nancy Cordes followed up to ask Ryan how he could pretend to be unconcerned or unaware given the sheer number of people questioning Mr. Trump's morality and understanding of policy.

Ryan said he knows the president is "unconventional," but that Americans should look at how well the rest of the GOP operation is working.

Also Thursday, Minority Leader Pelosi said her first thought upon reading the op-ed was that Vice President Pence had written it.

"By process of elimination it'll come down to the butler," Pelosi said.

She called the piece a "sad statement" and a "manifestation of corruption, cronyism, having your friends around you."

Ultimately, Pelosi said it was a reflection of the people advising the president and called Mr. Trump's response a "manifestation of his instability." 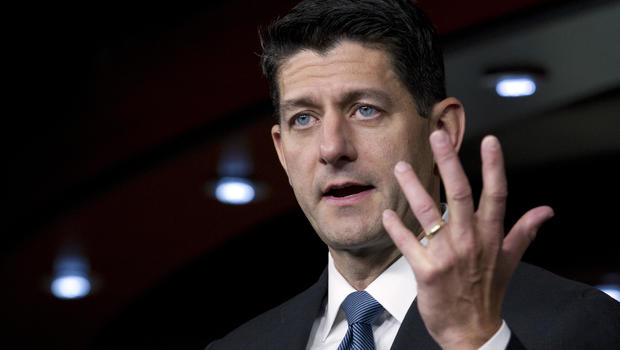