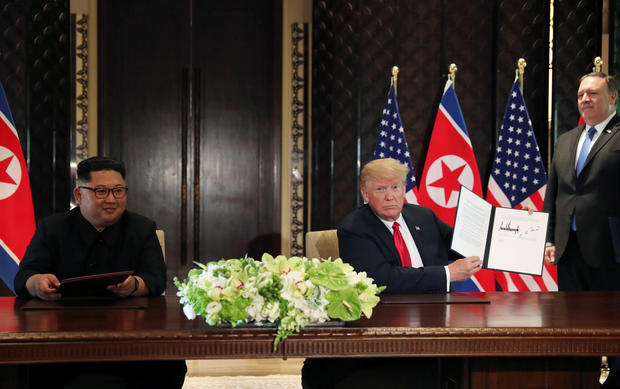 PYONGYANG — While traveling on Air Force One Friday, President Trump said he's expecting a "positive" letter from Kim Jong Un in the next few days. It's been nearly three months since the North Korean leader agreed to work toward denuclearization.

This weekend, Kim Jong Un's regime is expected to stage a massive military parade to mark the country's 70th anniversary. Analysts will be watching to see if the North once again shows off the intercontinental ballistic missiles it claims are capable of hitting the United States. If it doesn't, it may be a sign Kim is serious about denuclearization.

North Korea feels it has already shown goodwill by not testing any missiles this year. But since meeting with Mr. Trump at a summit in June, hardly any progress has been made in getting the North to hand over its nuclear weapons. It has not yet revealed how many it has or where they are.

Weapons are not what government handlers decided to show CBS News. When going to North Korea as a journalist, you go where government officials want you to go and see what they want you to see.

CBS News went to the Pyongyang teaching college. Inside, there were young women being trained as elementary and middle school teachers, showing off the high-tech tools North Korea says it uses in its classrooms.

In Pyongyang, there are reports that some of the anti-American propaganda has been taken down around the city. Kim Jong Un has said he wants his people to focus more on how to grow North Korea's economy. 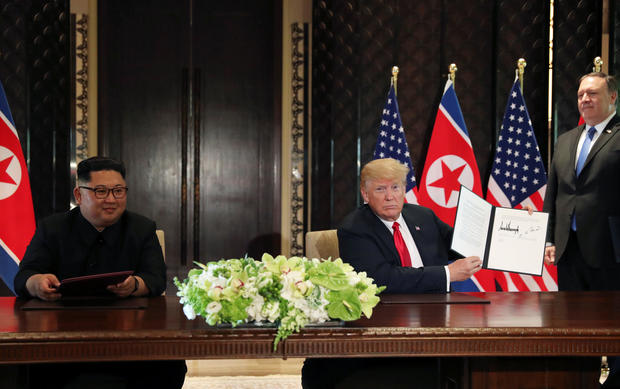