Many celebrities and fans defended former "Cosby Show" star Geoffrey Owens after photos of the actor working at a grocery store went viral, and now Nicki Minaj is showing her support with her wallet. The rapper announced during her Beats 1 "Queen Radio" show that she will be donating $25,000 to Owens.

She chastised the people who "job shamed" Owens after photos of him working at Trader Joe's were published online. Minaj said, "This man is a whole f***ing legend."

Minaj continued, "Y'all don't know how difficult it is to keep getting jobs. You don't know how hard it is to get your first acting job. And you want to put somebody up on the internet?" Minaj has spoken openly before about getting fired from a number of jobs before she became famous, including a stint at Red Lobster.

Owens played Elvin Tibideaux, the husband of the eldest daughter of Bill Cosby's character on the TV series in the 1980s and 90s. Recent photos showed him scanning items and wearing a name tag at Trader Joe's, but he quit the job because of the media attention.

Though some people initially demeaned the actor, others quickly came to his defense, with many actors listing side jobs they've worked in the past.

Tyler Perry even took to Twitter with a job offer, saying, "#GeoffreyOwens I'm about to start shooting OWN's number one drama next week! Come join us!!! I have so much respect for people who hustle between gigs. The measure of a true artist."

Owens said Tuesday on ABC's "Good Morning America" that he did feel some people were trying to job shame him. But he stressed that "every job is worthwhile and valuable," adding that what's important is the honor of the working person and the dignity of the work.

"There is no job that's better than another," he said. "It may pay better, it may have better benefits, it may look better on paper. But it's not better. Every job is worthwhile." 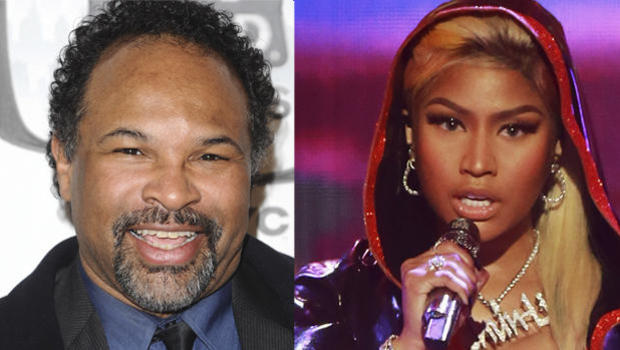