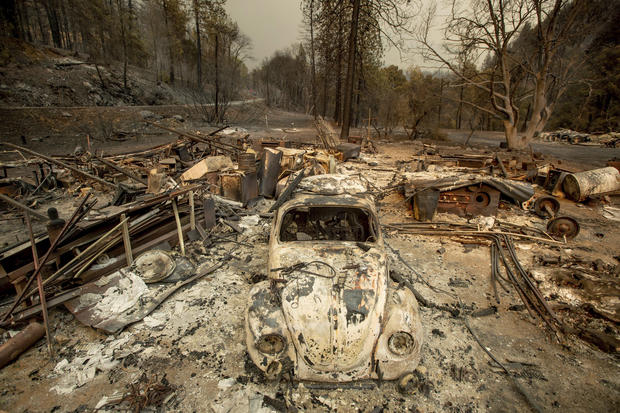 SHASTA-TRINITY NATIONAL FOREST, Calif. — Authorities are still mulling whether to reopen a major highway that's been closed for two days by a raging Northern California wildfire. Officials must first determine if it's safe to resume travel on a 45-mile stretch of heavily-traveled Interstate 5, below the Oregon state line. It is the main highway from Mexico to Canada.

A decision on re-opening the road is expected Friday.

Fire spokesman Brandon Vacarro says work crews have cleared away burned and abandoned trucks that littered the road after the swift-moving Delta Fire erupted, but they must also determine whether charred 70-foot trees along the road are in danger of falling.

The Delta Fire has burned more than 34 square miles and prompted evacuation orders for scattered homes and buildings in three counties in and around Shasta-Trinity National Forest.

The road was closed Wednesday as fire erupted on both sides of the highway.

Fierce orange flames forced panicked truckers to abandon big rigs, many of which were later burned, and brought screams from motorists as they watched the advancing fire in the national forest.

The wildfire flared just weeks after one in the nearby Redding area killed eight people and burned about 1,100 homes.

The Interstate 5 shutdown slowed or stalled truckers who rely on the interstate to haul goods along the West Coast.

They were advised to take an alternate route adding 100 miles that could take at least six hours.

"If you don't need to make the trip, I wouldn't do it," Caltrans spokeswoman Denise Yergenson said.

Truck driver Amit Sekhri said he saw flames and slowing vehicles along the freeway Wednesday but his big-rig was too large to turn around and he decided against parking and fleeing on foot.

He kept driving, with fire lapping at both sides of the highway and burning ash falling all around him. He felt the heat in his cab, despite the air conditioning.

"It was picking up so fast. It was behind me, in front of me, left, right. It was all fire. I was surrounded by fire," he said, still shaken by the experience.

When he finally saw daylight, he knew he had made it to safety.

"It's one of the scariest things I've ever seen and been through," he said. 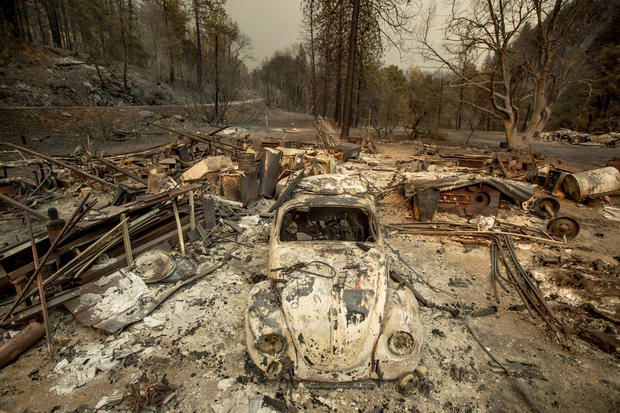