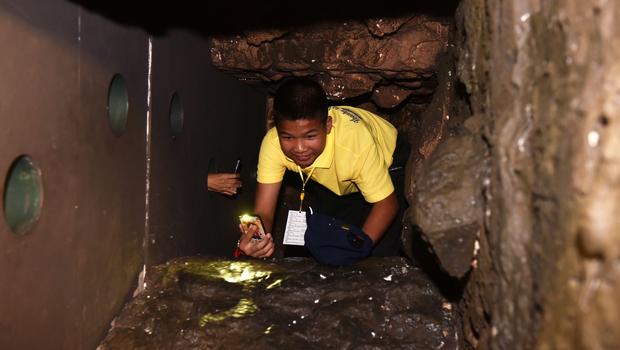 BANGKOK — It was showtime Thursday for the 12 boys and their 25-year old soccer coach, who shared their drama of being trapped for almost three weeks in a flooded cave in northern Thailand at a public exhibition in one of Bangkok's largest malls. The exhibition featuring members of the Wild Boars soccer team also shows a reproduction of the cave with simulated sounds of water dripping. Equipment used by rescuers and other memorabilia are on display.

Psychologists had counseled that the boys after their rescue in July should be given a six-month respite from being pressed to recount their experience for the sake of their mental health. But Thailand's military government, eager to share the glory of the good-news story, has trotted them out for public appearances and interviews.

Other efforts to promote their story have included construction of a museum and the anointing as a national hero of a former Thai navy SEAL who died while diving in the cave delivering oxygen tanks.

One exception to the feel-good vibe has been an ongoing feud between tech entrepreneur Elon Musk and a British caving expert, Vernon Unsworth, whose advice and experience were considered crucial to the rescue operation.

Unsworth in an interview had criticized as showboating a well-publicized effort by Musk to lend a custom-built mini-submarine to the rescue effort, and Musk responded on Twitter with comments strongly implying that the Briton was a pedophile.

The matter was revived last week, with Musk — asked about the threat of a libel suit — doubling down on his accusations, suggesting in emails to the news website BuzzFeed that Unsworth was a "child rapist" and had moved to northern Thailand to take "a child bride who was about 12 years old at the time." He provided no evidence for his allegations.

Musk, whose seemingly erratic behavior on other matters have drawn concern from investors, also in coarse terms told BuzzFeed that he hoped Unsworth sues him.

In Bangkok, deputy government spokesman Weerachon Sukhondhapatipak, who has been organizing many of the events with the boys, responded with concern to Musk's comments highlighting Thailand as a destination for sex tourists.

"When there is this kind of perception we shouldn't overlook it. This reflects our image, which we have to fix. We won't blame him and say 'Oh, he said all those bad things,'" he said. "We should take this information and use it to make changes."

For the boys, mostly teenagers, the Musk controversy is not even a sideshow. They are carefully guided by a Thai government committee set up to control who has access to the boys as they draw attention from filmmakers and the media.

At least five of them at Thursday's forum said in more or less the same words that "my life is the same, but more people are approaching me."

The boys have already detailed much of their adventure in a news conference after they were released from hospital observation following their rescue, and in interviews with the U.S. television network ABC.

In a panel discussion moderated by Weerachon in the Siam Paragon mall on Thursday, they gave mostly brief replies. Adul Sam-on admitted that the area they were staying in the cave stank of urine — the matter of body excretions had been a subject of much speculation on social media.

The boys appeared unaware of the government's advice to avoid talking about their ordeal.

Adul said he was surprised when he met officials such as American diplomats, but was not asked about what happened in the cave. He said someone later told him that there was a ban on people asking them questions about it.

His teammate Ekarat Wongsukchan said he was also surprised why no one asked him about the events in the cave. "I started to doubt whether I was also stuck in the cave," he said.

The boys and their coach later Thursday were scheduled to attend a government event dubbed "United as One," a celebration with everyone involved in the rescue operation at an outdoor field in Bangkok. 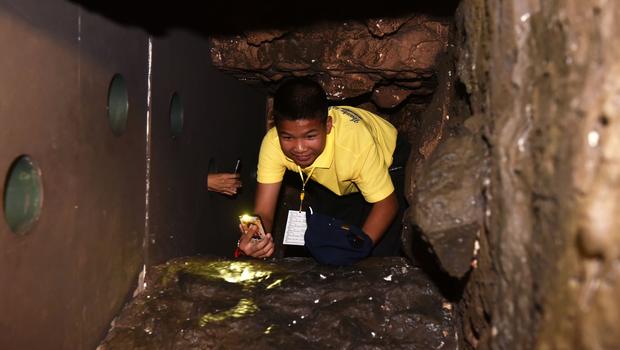 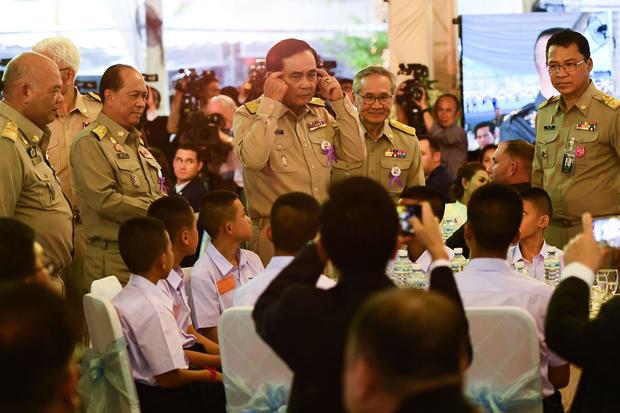 David Sedaris on the wonders of Alaska