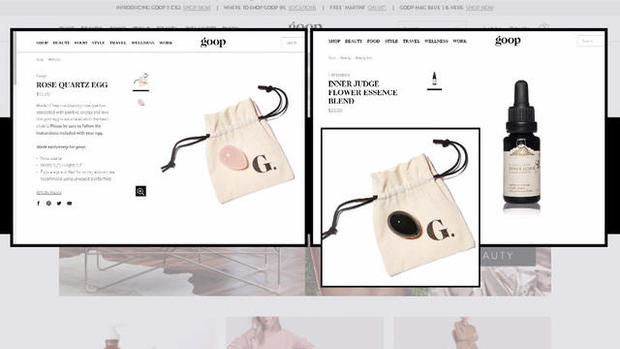 Actress Gwyneth Paltrow's lifestyle company, Goop, agreed to a $145,000 settlement after being accused of making unfounded claims about products designed to aid women's sexual and emotional health. A lawsuit filed by prosecutors from 10 California counties said the company did not have scientific backing for health claims it made for three products sold online: two vaginal eggs and a mix of essential oils.

"People have been selling snake oil for a long time. This is just another type of snake oil," Rackauckas said.

A task force settlement announced Wednesday focused on three products sold by Goop. The jade and rose quartz vaginal eggs were promoted as a way to "balance hormones, regulate menstrual cycles… and increase bladder control." The mix of essential oils was advertised as a way to "help prevent depression."

Prosecutors alleged the descriptions were "not supported by competent and reliable scientific evidence."

"There's a group of people who have problems like that and they might be vulnerable. A lot of people… might do the things that you suggest and so you can do a lot of harm by falsely advertising that something is a medical cure," Rackauckas said.

Paltrow launched Goop 10 years ago and the company said three million people visit the site every month. In agreeing to the settlement, Goop called the dispute "an honest disagreement." It said it "provides a forum" for users to "present their views" on the products. But "the law, though, sometimes views statements like this as advertising claims, which are subject to various legal requirements," the company said. "We appreciate" the task force's guidance, the company added.

"Health and wellness is a very hot industry and part and parcel with that, we're seeing a significant rise in misleading and deceptive marking claims," said Bonnie Patten, executive director of Truth in Advertising. She said Goop isn't alone. Her site has more than 2,000 examples of wellness companies making inappropriate disease treatment claims.

"Any time a consumer sees a product that's being marketed as a treatment or cure all… they need to be wary of that and they should definitely talk to a health care provider before purchasing it," Patten said.

The products in question are still on Goop's website but with altered descriptions. As part of the settlement, Goop also said it will offer refunds to customers who request them. 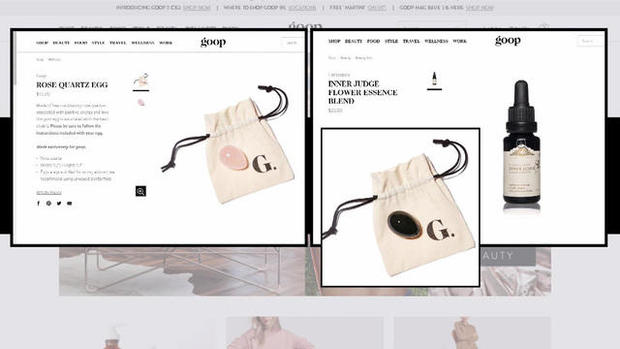