Judge Amy Berman Jackson has ruled on which topics will be allowed — and which will not in the Washington, D.C. trial, which starts Sept. 17, with opening statements on Sept. 24. In the Washington trial, Manafort faces seven counts that include failing to register as a foreign agent for his lobbying work in Ukraine, conspiracy to launder money, and witness tampering.

Here's a summary of what will and won't be discussed at Manafort's second trial:

No discussion of collusion

The government is precluded from bringing any evidence or arguments before the jury that discuss Russian collusion with the Trump campaign. However, prosecutors may talk about Manafort's role with the Trump campaign because it pertains to his communications with the Justice Department at the time of its inquiry into his work in Ukraine.

Judge Jackson decided that the government may not bring up Manafort's conviction last month in Virginia. Manafort was found guilty on eight out of 18 counts of financial fraud. The other ten were declared a mistrial and the prosecution has yet to decide whether or not it will retry those charges. Manafort's current detainment is not related to his current conviction. Counsel is excluded from bringing up his pretrial detention — Jackson had ordered him jailed in June when she ruled he had violated his pre-trial release.

There will be no questioning during this trial about infidelity, Jackson said. Recalling Manafort associate Richard Gates' cross examination in Virginia, Jackson was adamant that she does not find his affairs to be "relevant." Defense attorney Kevin Downing had some objections. He said that Gates lied on the stand about "only having one." Judge Jackson felt that he could properly inquire about the flow of money "without getting into his marital history." Prosecutors for the special counsel say they have not yet decided whether or not Gates will be returning to this trial as a witness.

This trial will also delve into Manafort's work for former Ukrainian President Viktor Yanukovych and the Ukrainian political party, the Party of Regions. Jackson is not allowing the characterization of the parties and their platforms. She said she doesn't "think we want to start spinning who was the good guy and who was the bad guy."

But "oligarchs" are fair game

Unlike Judge T.S. Ellis, who presided over Manafort's first trial, Jackson will allow the term "oligarch" to be used, though she wants a definition of the term to be presented to the jury in the form of a judicial notice, since she doesn't think its meaning is commonly known.

Ellis banned the use of the word in his courtroom because, he said, the trial was about whether or not Paul Manafort defrauded banks or underreported his income for tax purposes — and not about whether Manafort associated with despicable people and "therefore is despicable." 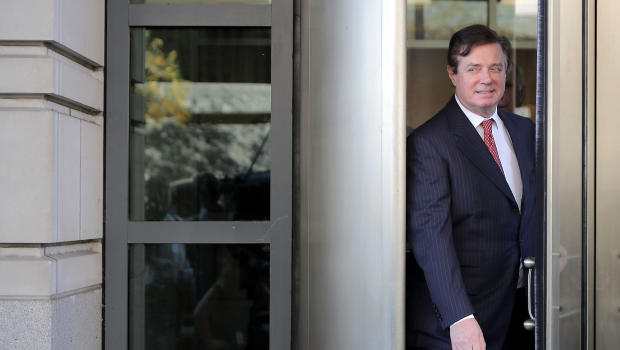