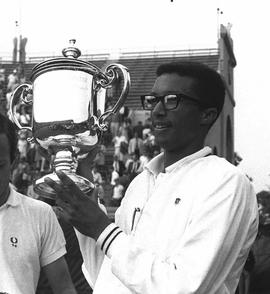 NEW YORK — Sunday will mark 50 years since tennis great Arthur Ashe became the first African-American man to win the U.S. Open. Ashe, who died in 1993, might never have gotten the chance were it not for his brother's sacrifice.

In 1967, Arthur Ashe's brother, Johnnie Ashe, was a Marine fighting in the jungles of Vietnam, while Arthur was in the Army, stationed at West Point.

"I had said to him in the letter, 'You know, I got only a couple a months left. How much time you got left,'" Johnnie Ashe said. "He said, 'Well, I'll have 15 months left when you get back home.' So I started thinking about it."

He was thinking about protecting his brother from combat, given the military's desire to avoid deploying siblings to a war zone at the same time.

"I went to the first sergeant and said, 'Look, I wanna extend my tour in Vietnam. I don't want my brother to have to do a tour.' He sat back in his chair and said, 'Well, who's your brother?' I said, 'Arthur Ashe Jr.,'" Ashe said.

In addition to being a young army officer, his brother was one of the top amateur tennis players in the world.

"In Vietnam, they didn't shoot any bullets with your name on 'em. They were all sent, 'To whom it may concern,'" Ashe said.

When asked why he felt he was better suited to handle that situation, Ashe said he wasn't concerned about himself. He served a second, 12-month tour in Vietnam and made it home in the summer of 1968, just in time to watch his brother make history as the first African-American man to win a major tennis championship.

Ashe never told his brother what he did. He only told their father, Arthur Sr., a widower who raised both boys by himself. Years later, Arthur Sr. told his eldest son about his brother's sacrifice.

At the U.S Open on Monday, in Arthur Ashe stadium, retired Capt. Johnnie Ashe accepted a West Point flag in his family's honor.

"I know that they're up there somewhere … looking down on this," he said. "I think Arthur would say, 'Not bad.'" 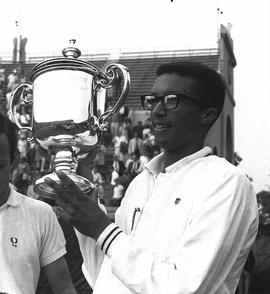 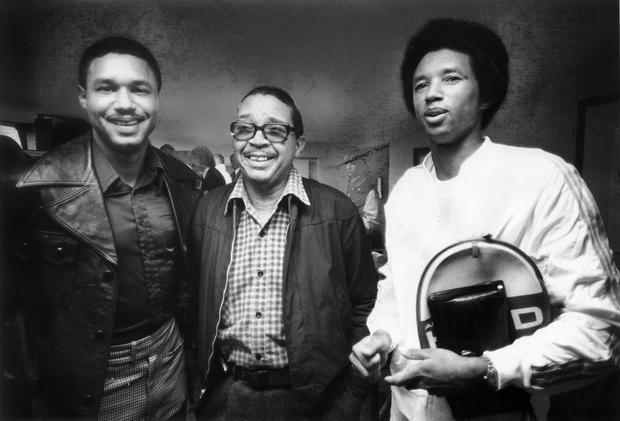