Authorities are executing a search warrant at the home of Kate McClure and Mark D'Amico — the couple accused of raising money for a homeless man through GoFundMe, then pocketing the donated funds for themselves.

Authorities were at the couple's South Jersey home on Thursday morning and were seen towing a BWM off the property, as well as removing boxes presumed to contain evidence, CBS Philadelphia station KYW-TV reports. CBS Philadelphia reporters were at the Bordentown home when officials from the Burlington County Prosecutor's Office and Florence Township Police Department were there.

Photos posted by CBS Philadelphia's Trang Do show the couple on their porch while authorities served the search warrant.

CBS Philadelphia reporter Cleve Bryant posted a video of reporters trying to ask McClure a question as she drove away from the home. She did not answer.

No charges have been filed against the couple at this time, Scott A. Coffina with the Burlington County Prosecutor's Office said, according to KYW-TV.

McClure and D'Amico are accused of defrauding a homeless veteran named Johnny Bobbit. The couple created a GoFundMe campaign for the man after he used his last $20 to fill up the gas tank of a stranded motorist in Philadelphia. The campaign grew to $400,000 in donations.

Bobbitt later worried Mark D'Amico and Katie McClure mismanaged a large part of the donations raised for him. In August, during a hearing on the lawsuit brought by Bobbitt, a New Jersey judge ordered the couple to turn over what was left of the cash.

A New Jersey judge ordered the couple to testify under oath on Sept. 10 about what happened to the money, according to media reports. They said the money gone, and Bobbitt claims it was stolen. An attorney representing McClure and D'Amico indicated that the couple planned to invoke their Fifth Amendment rights against self-incrimination, the reports say.

Both sides have given differing accounts about how much money got to Bobbitt. McClure and D'Amico claim they gave him more than $200,000, but his attorney says he got about $75,000. GoFundMe's fees were about $30,000. The couple has denied wrongdoing and said they were afraid that Bobbitt would spend the money on drugs.

McClure, a receptionist, and D'Amico, a carpenter, allegedly used the GoFundMe money on lavish vacations and a new BMW, which they couldn't otherwise afford, according to Bobbitt's lawyers.

It's unclear how much money was left from the GoFundMe campaign, which promised to use the funds to buy Bobbitt a home and his dream car, a 1999 Ford Ranger. D'Amico has admitted that he used $500 on gambling at a casino, which he paid back. In an appearance last week on "Megyn Kelly Today," the couple said that $150,000 of the money remained.

Eventually, Bobbitt wound up back on drugs, living on the street and panhandling for food. He's reportedly getting treatment at a detox facility.

GoFundMe has deposited $20,000 into an escrow account for Bobbitt while the investigation into the possible misuse of funds continues, according to the Inquirer. The home of McClure and D'Amico was raised by law enforcement officials, the paper said. 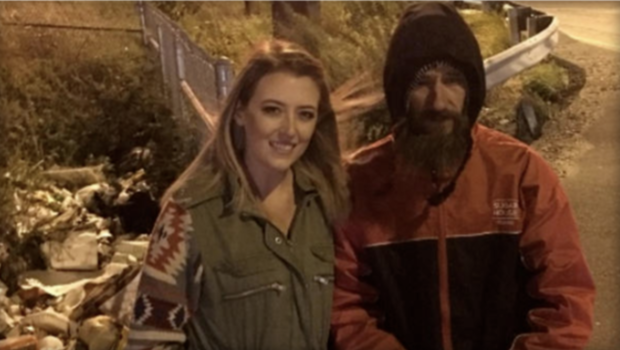 Fiscal board asks court to invalidate $6 billion of Puerto Rico’s...

Home prices around the U.S. surged to new high this year