CBS Corporation and the company run by Shari Redstone are in settlement talks to end their legal fight, according to sources familiar with the negotiations. The discussions include a $100 million exit package for CEO Leslie Moonves, who was accused of sexual assault and sexual misconduct in a July article in The New Yorker.

Redstone is president of National Amusements, which is a controlling shareholder of both CBS and Viacom. Redstone has been pushing for a merger of the two media companies. CBS, led by Moonves, has opposed the move.

In May, CBS's board of directors voted to issue a special dividend, which would have the effect of diluting Redstone's stake from 80 percent to under 20 percent.

A trial is set for October to resolve these and other issues, though the settlement could be reached before then.

Under the possible settlement agreement, Redstone's side would agree to not pursue the Viacom merger for at least year, the sources said. And the CBS side would drop its bid to dilute Redstone's ownership.

Moonves, who has remained in charge despite the allegations against him, signed an employment contract in May 2017 that provides for a severance package worth nearly $180 million if he is removed without cause.

As part of the settlement talks, Moonves would leave with $100 million — $10 million in cash and $90 million in CBS stock.

The CBS board has hired two outside law firms to conduct an independent investigation into the claims against Moonves, as well as other issues throughout CBS and CBS News. In a email to CBS employees, the two lawyers leading the investigation said they are looking into "allegations of sexual harassment, retaliation and an inappropriate culture for women at CBS."

That investigation is ongoing and could impact Moonves' severance, the sources said. Moonves has denied the allegations against him.

The sources said if Moonves departs, CBS's chief operating officer, Joseph Ianniello, would be named interim CEO and remain a candidate to be named permanent CEO, though the board would consider other candidates as well.

CBS shares were up more than 3 percent on Thursday following media reports of the possible settlement. 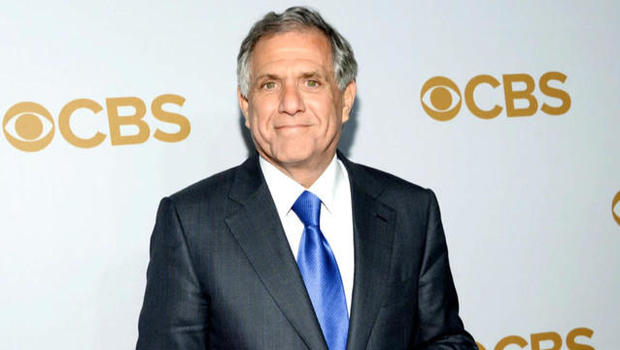