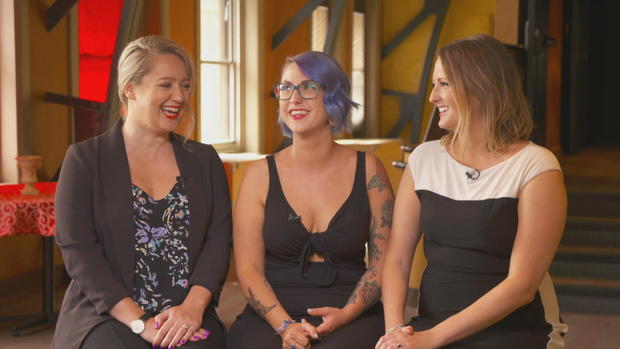 With more than 525,000 to choose from, more people are listening to podcasts than ever before. True crime podcasts consistently rank among the top 50 and research shows women overwhelmingly prefer the murder mystery genre. But why? "CBS This Morning: Saturday" co-host Dana Jacobson went to a live taping of true crime podcast "Wine and Crime" to find out.

Kenyon Laing, Amanda Jacobson and Lucy Fitzgerald, friends for more than 20 years, host the popular podcast "Wine and Crime" where they playfully chat about crime over Cabernet and Chardonnay.

"We were like, 'We're funny. We should do this,'" Laing said. "And then we thought of 'Wine and Crime' and we thought, okay, well we've got to nab this title before somebody else does and launched the podcast."

That was February 2017. A year and a half later, they get about 500,000 downloads per month and when they turn the podcast live, they draw fans from across the country. Eighty-five percent of their audience is female.

"A lot of women listen to true crime because it's a way to kind of feel like you have control over the situation, even though you don't," one fan said.

It's a sentiment Fitzgerald echoed.

"We think that it's because women are so often portrayed as victims in the media. And women in particular like to think about something and understand it in order to overcome anxieties based around that," Fitzgerald said.

Added Jacobson, "Everyone loves a taboo subject…And if you say you don't, you're lying."

"Wine and Crime" is just one of thousands of true crime podcasts that hit home with a female audience. Arguably the most popular true crime podcast is "My Favorite Murder" hosted by Karen Kilgariff and Georgia Hardstack. Within five months of their January 2016 premiere, the podcast hit the No. 1 spot on iTunes.

"Obviously, 'My Favorite Murder' paved the way for so many true crime podcasts…They're massive in– in our world. And also, when we got started, it was easier to launch because we knew that there was a market for it," Laing said.

Some fans have even taken their shared true crime interest off-line to meet up in person. The podcasts have also become a support network for listeners to share their anxieties.

"A lot of people have problems. And it's nothing to be hidden away and be ashamed of…It means the world to us that we are such a part of people's lives…and they find some sort of comfort and help from our show," Fitzgerald said.

"I think that has been the biggest surprise of this whole experience," Laing said. 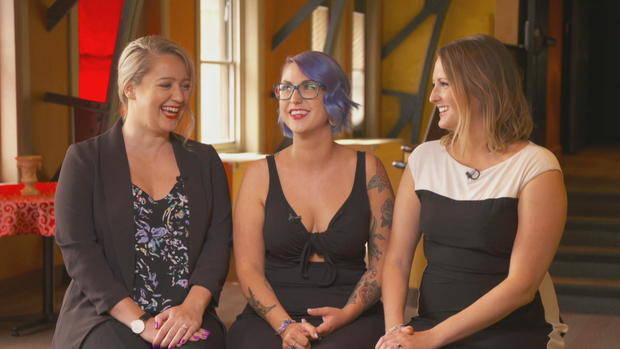 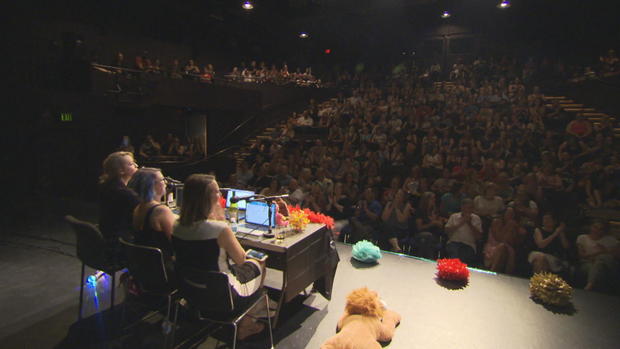