The U.S. ambassador to the United Nations says President Donald Trump will chair a Security Council meeting on Iran during the annual gathering of world leaders in New York this month.

She accused Iran of supporting terrorism and destabilizing activities in Lebanon, Yemen and Syria. She says Iran's leader could speak at the council meeting if he chooses to.

Haley was speaking to reporters at U.N. headquarters. She outlined the agenda for the United States' monthlong presidency of the council during September. The council is the top decision-making body at the U.N.

Haley also said that Mr. Trump will chair a high level event for world leaders on September 24 on counter-narcotics.

In response to a question by CBS News, Haley confirmed that Mr. Trump will meet with South Korea's President Moon at the sidelines of the General Assembly meetings: "I can tell you that obviously the U.S. and South Korea continue to have a strong relationship, a strong working relationship, as we continue with Japan on this issue,"

Haley said the North Korea sanctions were important because, "unfortunately, was the only way we could get the attention of North Korea," CBS News' Pamela Falk reports, and she said that the world can take comfort that Pyongyang has not tested nuclear weapons or ballistics since the dialogue began. 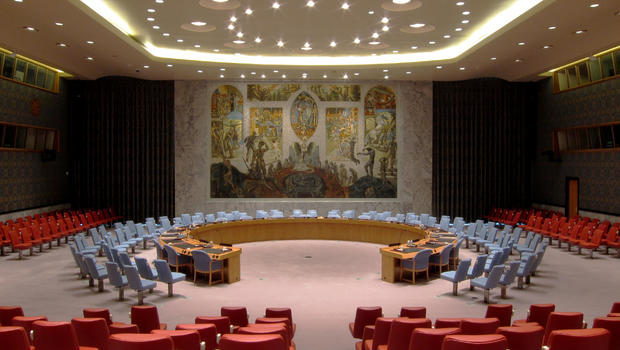 Trump takes off for Louisiana amid “little squabble with China” —...