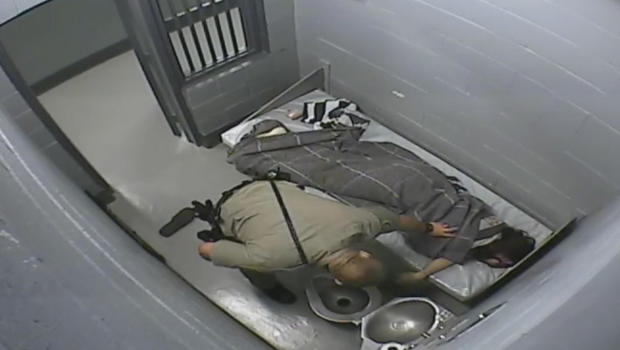 The family of a woman who died inside a Nevada county jail says guards ignored her pleas to be taken to a doctor. Initially pulled over for speeding, Kelly Coltrain was then jailed for unpaid tickets and driving with a suspended license. Three days later, she died in her cell.

A surveillance camera captured Coltrain's agonizing final hours, and the images are disturbing. She was suffering painful drug withdrawals, reports CBS News correspondent Vladimir Duthiers. Coltrain spent much of her final day convulsing and throwing up in her jail cell. Surveillance video shows her being ordered to mop up her own vomit. About an hour later, around 6:30 p.m., she appears to die.

"There wasn't a pulse taken. There wasn't an aspirin. They left her to die," attorney Terri Keyser-Cooper said.

Keyser-Cooper said Coltrain revealed her drug addiction and history of seizures and withdrawals to guards shortly after she was arrested last July. The 27-year-old even asked to see a doctor, but a deputy said he told her: "I'm not going to take you over to the hospital right now just to get your fix."

"The hospital is right across the street from the jail. How long would that take? Two minutes to take her over there?" Keyser-Cooper said.

A guard checked on Coltrain around 12:30 a.m. By then she was cold and unresponsive. At 5:40 a.m., about 11 hours after she died, her body was finally removed from the cell.

A 300-page report by the Nevada Department of Public Safety says staff at the Mineral County Jail disobeyed department policies by not taking her to a doctor or doing regular welfare checks. They also may have broken a state law against inhumanity to prisoners.

"This is the worst example of deliberate indifference to a serious medical need that I have ever seen," Keyser-Cooper said.

Two officers seen in the videos were disciplined and are no longer working at the jail.

"It just kills me that she's not ever going to get to go home, and that she died alone," friend Katie Andreano said. Andreano said her best friend, who developed her addiction following a devastating soccer injury in high school, was trying to quit heroin.

"She didn't want to be a junkie. You know, she wanted to just be a normal person like you or I," Andreano said.

A lawyer for the county refused to comment on Coltrain's case but told CBS News the jail is committed to providing appropriate medical care for all detainees. He also said an outside expert has been hired to audit its policies and provide training. A prosecutor declined to bring charges in the matter. 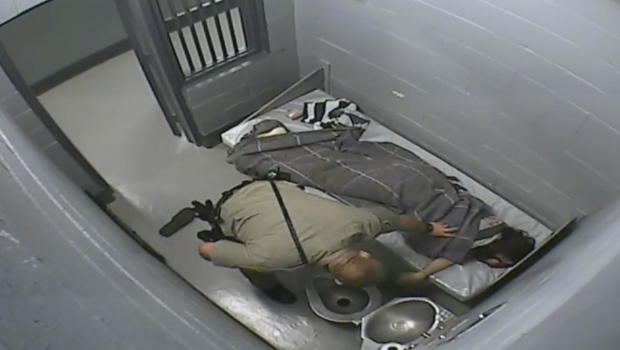