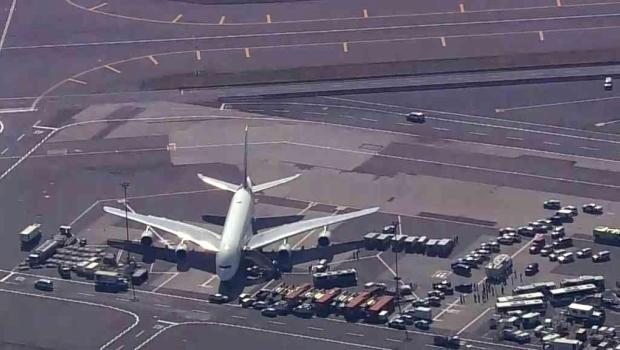 CBS/AP September 5, 2018, 10:48 AM Plane quarantined at JFK airport amid reports of sick passengers

NEW YORK — The New York City mayor's office says a plane has been quarantined at New York's Kennedy Airport amid reports of numerous ill passengers aboard a flight from Dubai. The Emirates flight landed around 9:10 a.m. Wednesday.

Video from news helicopters showed the jet sitting on the tarmac surrounded by ambulances, emergency vehicles and airport personnel.

Shortly before 10:30 a.m., Emirates Airlines said only 10 passengers from Dubai had taken ill.

"Emirates can confirm that about 10 passengers on board flight EK203 from Dubai to New York were taken ill," the airline said. "On arrival at JFK, as a precaution, they were immediately checked by local health authorities, and those needing medical attention will be attended to. All other passengers will be disembarking shortly. The safety and care of our customers is always our first priority and will not be compromised."

Eric Phillips, a spokesman for Mayor Bill de Blasio, says representatives of the U.S. Centers for Disease Control and Prevention were on the scene.

Phillips tweeted that the flight stopped in Mecca, which is experiencing a flu outbreak, and "early indications point to that as a possibility."

Airline representatives did not immediate respond to an email.

A New York police counterterrorism division tweeted it appeared to be a "medical situation." 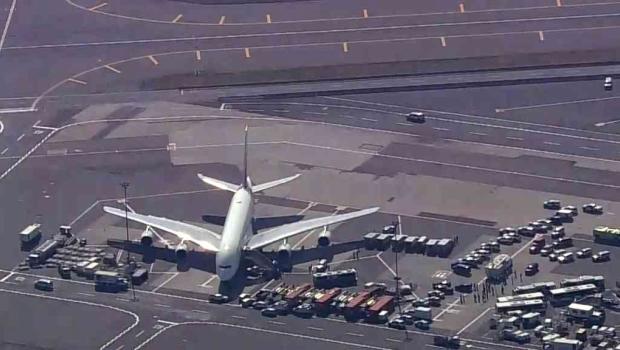