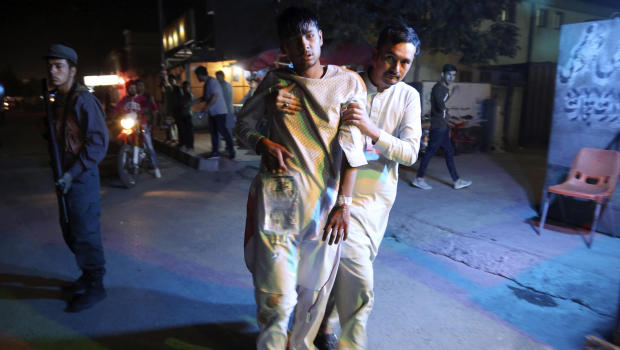 KABUL, Afghanistan — A coordinated attack in Afghanistan Wednesday shed new light on the difficulties faced by the U.S. military in its longest war. More than 2,400 Americans have been killed in 17 years.

In just the past six weeks, two have been killed by Afghans they were working with, including Army Command Sgt. Maj. Timothy Bolyard, whose remains were flown home Wednesday.

The anguish of losing a family member is a daily reality in a city strangled by violence. It's the fifth major attack in the last four weeks, killing dozens of people.

But Wednesday's attack was particularly savage. The first suicide bomber entered the sports club late in the afternoon, blowing himself up. Rescuers and journalists rushed to the scene, unaware another suicide bomber was hidden among them. That second explosion sent the death toll soaring.

The Pentagon watchdog says a resurgent Taliban has left only 56 percent of the country under government control. That's supposed to include control of the capital, but that may be up for debate.

The attack in Kabul was a reminder that nowhere is safe. Despite blast walls everywhere, restaurants, activity centers and even hospitals have been hit. It's happening after 17 years of U.S. efforts to establish security.

It was a duty Bolyard gave his life for on Monday. The 42-year-old was on his 7th overseas deployment, having earned the Bronze Star six times over. But he was shot dead in an insider attack, killed by one of the Afghan security members he came to Afghanistan to train.

It followed another insider attack that claimed the life of 20-year-old Army Cpl. Joseph Maciel in July. It's the sixth U.S. combat death in Afghanistan this year. But this week, the incoming U.S. commander, Army Gen. Scott Miller, reaffirmed America's commitment to the country and its people. 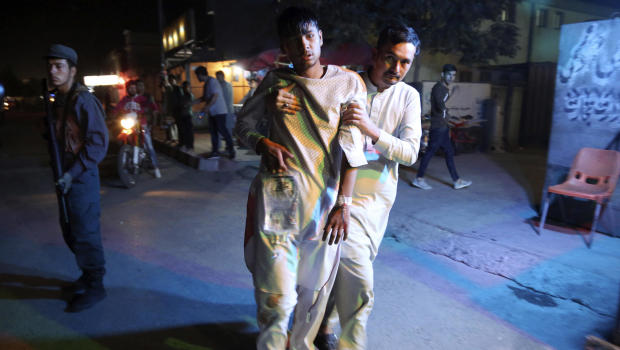