Thirteen years after they were stolen, the iconic ruby slippers Judy Garland wore in the film "The Wizard of Oz" have been recovered. The Grand Rapids Police Department in Minnesota and the FBI announced on Tuesday that the slippers — one of at least three existing pairs used while shooting the film — were found.

The slippers were stolen from the Judy Garland Museum in Grand Rapids, Minnesota, the town where the actress was born. Garland played Dorothy in the 1939 film. At the time, the slippers were on loan to the museum by private collector Michael Shaw as part of a special tour.

In August 2005, a burglar broke a window in the museum's back door and entered. The burglar then smashed a Plexiglass case where the slippers were and got away with them. The alarm did not sound to a central dispatch system and no fingerprints were left behind — only a single red sequin.

Police recovered the red slippers earlier this summer in Minneapolis; they are now in possession of the FBI. Police are not releasing more information about the investigation, as it remains active, they said. 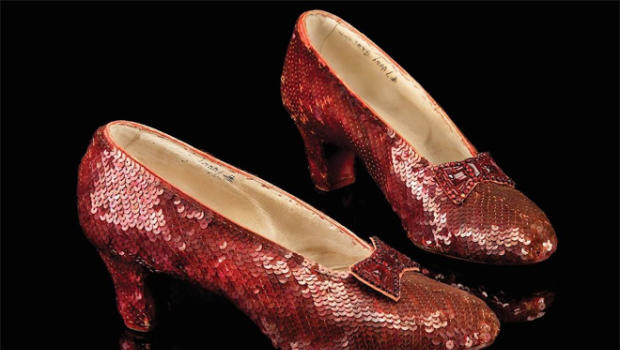 Kristen Stewart opens up about her sexuality