Bob Woodward's new book "Fear," scheduled to be released later in September, reveals vivid accounts of dysfunction behind the scenes in the Trump White House. The book is based on interviews with top administration officials and sources close to the administration, according to a report in The Washington Post, which obtained an early copy of the book.

Woodward describes a "nervous breakdown" within the administration, and quotes senior Trump staffers expressing negative views of their boss.

Defense Secretary Jim Mattis reportedly told associates that Mr. Trump had the behavior and the understanding of "a fifth- or sixth-grader." Current Chief of Staff John Kelly said in a meeting that Mr. Trump was an "idiot" and told fellow staff members, "He's gone off the rails. We're in Crazytown. I don't even know why any of us are here. This is the worst job I've ever had." And Woodward reports former Chief of Staff Reince Priebus referred to the president's bedroom, where Mr. Trump writes many of his tweets, as "the devil's workshop."

According to Woodward's reporting, Mr. Trump was just as disparaging of his staff. The president compared Priebus to a "little rat," and he told Commerce Secretary Wilbur Ross, "You're past your prime." About Attorney General Jeff Sessions, whom Mr. Trump has repeatedly criticized for recusing himself from the Russia investigation, the president said "this guy is mentally retarded" and "he's this dumb Southerner."

The book recounts instances where the White House staff prevented Mr. Trump from taking some actions. Former economic adviser Gary Cohn reportedly "stole a letter off Trump's desk" that would have had the United States formally leave a trade deal with South Korea.

After a chemical weapons attack on civilians in Syria in April 2017, Woodward reports Mr. Trump called Mattis and said he wanted the U.S> to assassinate Syrian dictator Bashar al-Assad. "Let's f***ng kill him! Let's go in," Trump said, according to the book.

"Mattis told the president that he would get right on it. But after hanging up the phone, he told a senior aide: 'We're not going to do any of that. We're going to be much more measured.' The national security team developed options for the more conventional airstrike that Trump ultimately ordered," the Post reports in its article about the book.

Other revelations include Mr. Trump's belief that making a speech where he condemned neo-Nazis after the violent white supremacist rally in Charlottesville, Virginia, in 2017 was "the biggest f***ing mistake I've ever made."

Mr. Trump was not interviewed for the book, although Woodward says he attempted multiple times to contact him through his associates to set up an interview. The president called Woodward asking to be interviewed after the book was completed, according to an audio recording obtained by the Post, and worried that it would be a "bad book."

Woodward, whose reporting with Carl Bernstein helped break the Watergate scandal and bring down the Nixon presidency in the early 1970s, is now an associate editor at The Washington Post and author of numerous best-sellers. 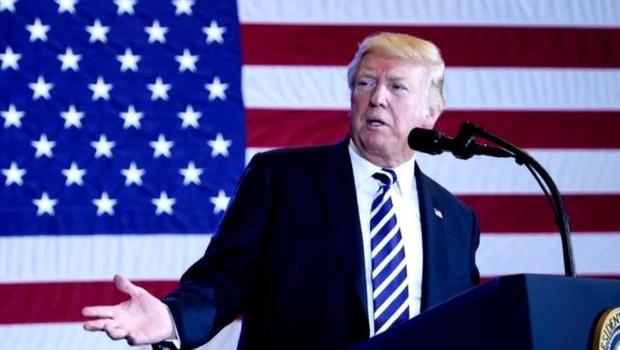 2020 Sunday Trail Markers: What to know about this week’s FEC...