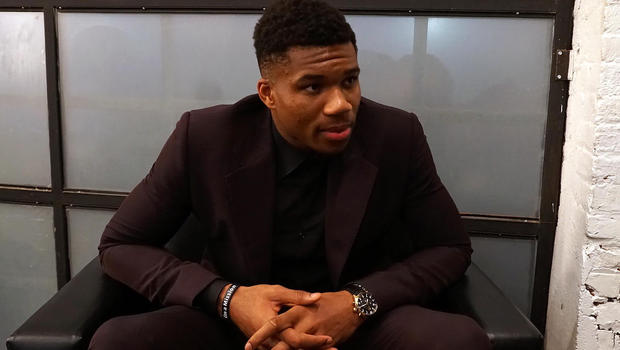 By Justin Carissimo CBS News September 4, 2018, 8:00 AM Giannis Antetokounmpo on Sterling Brown arrest: "I'm going to have his back no matter what"

NEW YORK — Despite tension surrounding the controversial arrest of Sterling Brown, Milwaukee Bucks star Giannis Antetokounmpo says his teammate's arrest brought the team together last season. "I'm going to have his back no matter what. What I saw from the video was disturbing," Antetokounmpo said in an interview with CBS News.

Brown recently filed a lawsuit against Milwaukee and its police department following the January 26 arrest, claiming officers used excessive force. Video of the arrest showed officers throwing him to the ground and shocking him with a Taser. Body cam footage also showed an officer stepping on Brown's ankle while he was on the ground.

"At the end of the day, I'm always going to have my brother's back. That's all that matters. I had a chance to talk to him and I told him, 'whatever you need, I'm here,'" Antetokounmpo said. "As a team, we talked about it, we told him, 'no matter what you believe, that was wrong. We're going to have your back.'"

CBS News spoke to Antetokounmpo at the launch party for EA Sports' NBA 2K19. "The Greek Freak" is the cover star for this year's edition of the video game franchise. He said he's excited to be the first international player to be featured on the cover.

"Growing up, I never thought I would be on the cover of a video game. I was just playing basketball because I love basketball. Being on the cover is amazing — hard work pays off," he told CBS News. "Being the first international player on the cover of the game, that's a big honor."

The Boston Celtics eliminated the Bucks in the first round of the playoffs last season. Antetokounmpo led the team with 25.7 points, 9.6 rebounds and 6.3 assists. He says he's looking forward to leading his team next season and deeper into the playoffs so they can compete for a championship.

"We did a great job playing against Boston," he said. "Hopefully this year, the guys on the team will come closer together, and day-by-day, we will get better, make the playoffs again and do even farther." 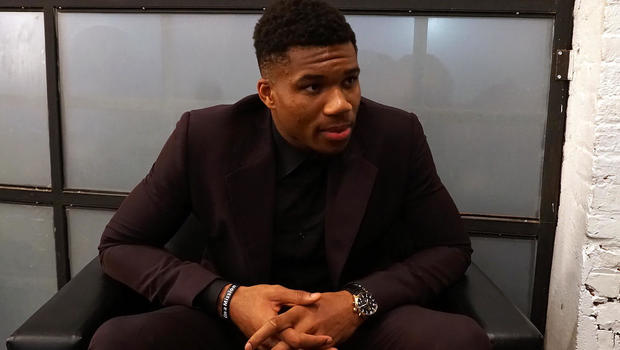