MoneyWatch September 4, 2018, 5:45 AM Trend toward "healthy" beer has some raising eyebrows

Is there such a thing as "healthy" beer? Not really, the experts say. But that hasn't stopped some breweries from trying to market some products as natural, fresh or "better" for you.

The idea of a healthier beer choice has gained traction in recent years, CBS2 Iowa reports.

"People are now trying to understand how to integrate beer into a healthy lifestyle," Andy Joynt, head brewer at Big Grove Brewery in Iowa City, told the station.

For Joynt, it's the ingredients in a beer that make it more or less healthy. At Big Grove, ingredients are freshly sourced and immediately used to create a beer that can be on a consumer's table just a couple of hours after it was finished. It hasn't traveled or sat in a case somewhere, thus maintaining components that are important to a good beer.

"Beer in its natural state is a living thing. It retains some of the yeast which is a healthy component of beer and I think it's a healthier form of beer when it's brewed local and stays fresh," Joynt said.

Most of the beer Big Grove serves is less than 30 days old, CBS2 reports. That allows it to retain many of its living components. Fresh beer is also ideal for taste, say beer aficionados.

The marketing of "healthier" beer isn't limited to the U.S. In Japan, beverage companies are testing out clear versions of beer, coffee or soda because they taste "healthier," the Wall Street Journal reports. Australian alcohol purveyors have been found to use buzzwords like "sugar-free," "preservative-free" and "natural" in their marketing to attract health-conscious customers, according to a new study from Curtin University.

"[T]hey are kind of giving a 'health halo' to alcohol products that are not genuinely healthier," said Julia Stafford, one of the study's authors.

As it happens, many of the ingredients in beer—grains, yeast or hops—are beneficial. Beer also contains compounds called polyphenols, some of which have known health benefits.

However, a component of beer called nicotinamide adenine dinucleotide, or NAD, essentially takes away those health benefits. NAD is an enzyme that's part of regulating human metabolism and is present in the beer-making process.

"When we metabolize alcohol in our liver we are basically converting two forms of NAD," said Charles Brenner, a professor of internal medicine and biochemistry at the University of Iowa. If you continue to drink alcohol you can get an alcoholic fatty liver."

While some studies have shown a small benefit to moderate amounts of alcohol, a recent meta-study in The Lancet concluded that no amount of alcohol is "safe," with the risks of premature death increasing from the very first drink. 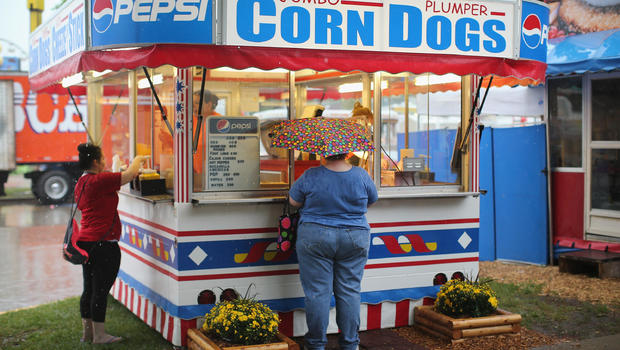