In a note to staff, Remnick wrote that "there are better ways to do this" and that if the magazine interviewed Bannon in the future, it will be in a "more traditionally journalistic setting" and "not on stage."

Several people who were supposed to take part in the festival, including comedian John Mulvaney and filmmaker Judd Apatow, said they wouldn't attend if Bannon was there. Other prominent people, including Chelsea Clinton, tweeted that the event would be giving Bannon another platform for his ideas. New Yorker writer Kathryn Schulz tweeted that she was "beyond appalled" at Bannon's inclusion.

In his letter, Remnick said that the point of this type of "rigorous interview" is to "put pressure on the views of the person being questioned." He insisted to "interview him is not to endorse him."

But Remnick said that he has realized there is a "better way to do this" and reconsidered the interview. He also acknowledged that festival guests, unlike those interviewed on radio or for a print story, are paid an honorarium, along with money for travel and lodging.

This year's guests include Emily Blunt, Zadie Smith and Sally Yates, who Trump fired as deputy attorney general after she refused to back his initial ban on travelers from Muslim countries. The ban was advocated by Bannon, a senior White House adviser at the time.

Bannon told "60 Minutes" last year that he sees himself as a "streetfighter." 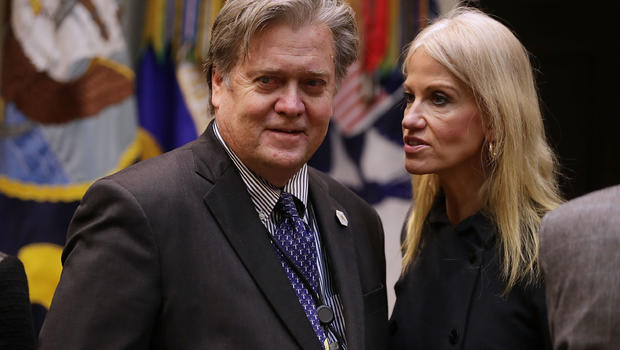