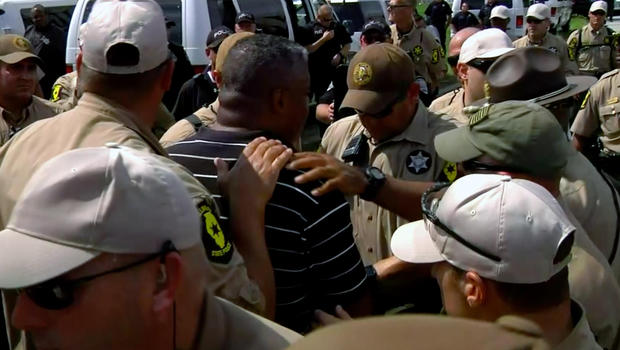 CHICAGO — A dozen anti-violence activists were arrested Monday as they sought to interrupt Labor Day traffic near Chicago's O'Hare International Airport. About 40 to 60 protesters participated in the march, which called for more investments into neighborhoods where most shootings occur.

Illinois State Police troopers blocked the protesters' access to Interstate 90, also known as the Kennedy Expressway, and no protesters appeared to reach it. The protesters had planned to march westbound on the interstate for about a mile.

Rev. Gregory Livingston, the organizer of the march, appeared to be one of those arrested Monday. Live TV reports showed Livingston speaking calmly to an Illinois state trooper as protesters and dozens of officers stood nearby.

Earlier in the day, as several dozen protesters gathered, Livingston told reporters he wanted to highlight the inequities in the nation's third largest city. Poverty and a lack of investment in minority neighborhoods underpinned much of the deadly violence, he said.

"What we're trying to do is end the tale of two cities in Chicago," he said. "We think that so much of this violence is generated by Chicago's legacy of segregation."

Some protesters carried signs that read, "End State-Sanctioned Violence." Other called on Chicago's mayor to resign, chanting, "Hey, hey. Ho, ho. Rahm Emanuel has got to go!" Troopers deployed megaphones to warn some protesters that they were too close to the expressway, saying: "The arrest process has begun. Please leave the roadway or you will be arrested." 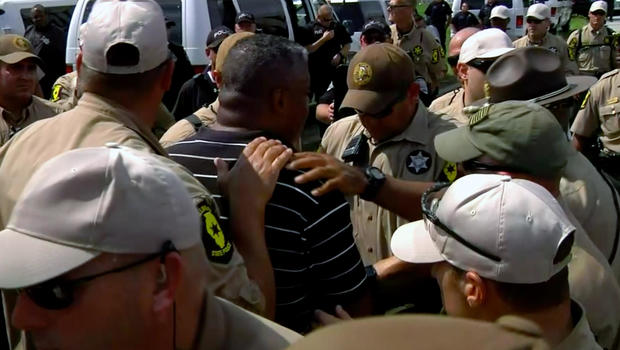 Target plans to hire up to 100,000 workers for holiday season

Supreme Court's gun ruling opens door to next fight: Where can...