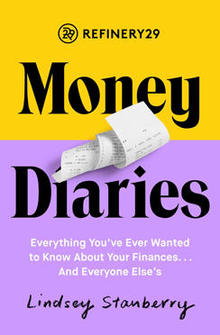 A recently published report paints an alarming picture of the state of many Americans' personal finances. The Federal Reserve says 4 in 10 could not come up with $400 to cover an unexpected expense, and that 2 in 10 cannot pay their monthly bills in full.

It is a trend that Lindsey Stanberry hopes to change. The founding editor of the Work & Money section at Refinery 29, a digital media company, Stanberry is the author of the new book, "Refinery 29 Money Diaries: Everything You've Ever Wanted to Know About Your Finances … and Everyone Else's." The book is based on Refinery 29's popular "Money Diaries" series, where women publicly track all of their expenses for one week, for everyone to see and pick apart.

("Money Diaries" is published by Touchstone, an imprint of Simon & Schuster, a division of CBS.)

Appearing on "CBS This Morning" Monday, Stanberry said that, for women in particular, talking about money can be uncomfortable: "I think it's still really awkward, it's still a taboo subject. It's only recently that we have entered the workforce in the numbers that we have, and so we're only beginning to tell our financial stories. I think that's why it's been so popular on Refinery 29."

She said one of the biggest misconceptions about money is that people find it intimidating, whereas it is not hard to deal with.

"I think there are areas that are difficult, there are areas that are awkward, there are spaces where you're going to have to take some time and do some research," she said. "But I say in the beginning of the book, I was bad at math in high school. I was very creative. I didn't ever think I would be writing about personal finance for a living. It's kind of crazy. But it isn't hard, and it's so empowering when you take control and you really know and understand your money, and it's a game-changer."

Stanberry said it is important for women to be open about finances. "So many of the women that I interviewed in the book shared so much. There's a woman who has breast cancer and no health insurance; there was a lesbian couple who talked about trying to conceive but not having the financial resources to do so. These women were so generous with me, I thought it was important to tell [these stories]. But I'm not a financial expert. I've been learning this along with our readers. And so, sharing my stories, the things I've struggle with, the areas I'm successful in, I think gives us easier entry way into talking about money."

One area of difficulty, and potential shame, is student debt. Women have a majority of the outstanding school loan debt, with an average of about $27,000. Stanberry said it is understandable given the fact that women attend college in greater numbers than men, and that they face a gender pay gap once they graduate.

"I think there's a lot of guilt and shame around student loan debt," she said. "But ostensibly we're getting those loans so that we can better ourselves, and if we begin to think of them more as mortgages, we can slowly pay them off. It doesn't have to be a sprint – it can be a marathon.

"But there are other, bigger systemic problems holding us back, and with that in mind, you know, sometimes these are not problems you can fix on a personal level. It's more of a political issue."

Regarding personal finances, Stanberry notes in the book that 75 percent of people who ask for a raise actually get one, but that only half of Americans even ask.

"Isn't that amazing?" she said. "I think it's scary to ask for a raise. I have been terrible in negotiating for myself; it's only something I've gotten better at in recent years. But they really say you need to be negotiating from that very first job offer. You might not necessarily get a 'yes,' but at least you set a precedent so they're going to start knowing that you are someone who expects more."

She also said she was surprised to learn from a recent survey at Refinery 29 that one in four women did not have more than $250 in savings. "That's shocking and worrisome," she said. One financial adviser who worked with Stanberry recommended having at least $2,000 in savings. "When you think about that, that breaks down to about $5 a day. I joke in the book – a lot of financial advice to women is 'Don't buy a latte!' That's terrible advice! I'm not going to tell you not to buy that latte, but if you think about that $5 is going toward an emergency fund that you can use for something very important, it's so crucial."

At the same time, Stanberry writes in "Money Diaries" that "budgets are bull—-."

"I don't love budgets. I think a lot of the advice around women tends to have a dieting diatribe to it. That's not helpful. They really set us up to fail. If you're worried about, '$50 goes to your entertainment this month, or $100 goes to your food,' you just feel so much anxiety.

"I actually recommend people do a money diary. I know that sounds like I'm trying to get you to publish on Refinery 29 (which I think you should!), but it's really a great mindful exercise.

"I swipe my credit card at the grocery store without looking at the total; I think a lot of people do. Taking the time to write down [what you spent] can change things."

"Refinery 29 Money Diaries: Everything You've Ever Wanted to Know About Your Finances … and Everyone Else's" by Lindsey Stanberry (Touchstone) is available via Amazon 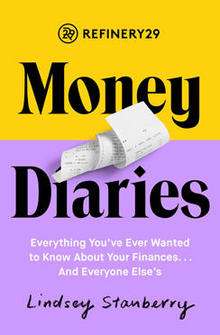 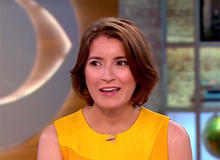