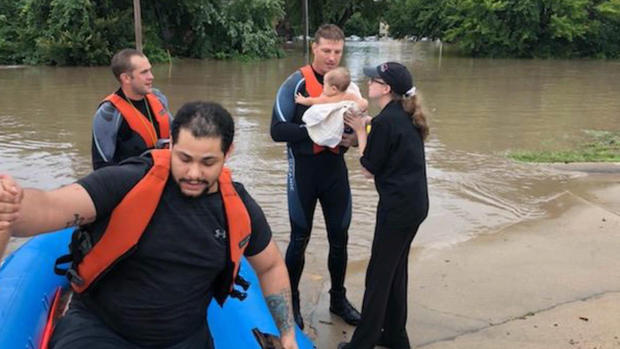 Much of the Midwest is underwater from relentless rain storms, as Tropical Storm Gordon pounds South Florida and the Keys with high winds and up to five inches of rain.

The rains were a once-in-500-year event that quickly turned towns into lakes in Riley County, Kansas.

"It was one of the most significant events that we have experienced," said Ron Fear, the city manager of Manhattan, Kansas. "Things got flooded this time that never got flooded before."

Hundreds had to be rescued by boat there when Wildcat Creek flooded 21 feet above crest. Jacob Weiner escaped just in time.

"Just trying to get all my belongings together," Weiner said. "But I didn't have enough time. Just took baby and dog, wallet and keys and that's it."

More than 300 people have been displaced.

Floodwaters have ravaged homes and businesses in the area, leaving cars submerged in rising waters. Hundreds are still without power.

"Right now they are in survival mode. Whatever they could carry out on a boat in a bag, 1 or 2 bags, has been kind of the state of mind here," said Jason Hudson of Manhattan Fire and Rescue.

Wisconsin is seeing its second-wettest August on record with emergency officials putting the damage at $44 million.

Three tornadoes even touched down in Michigan, destroying everything in their path.

That same system was enough for officials to cancel the football game at the University of Nebraska's football stadium in Lincoln, the first time in school history.

Flood warnings continue in the waterlogged Midwest, some all the way until Thursday. And it's only Monday. 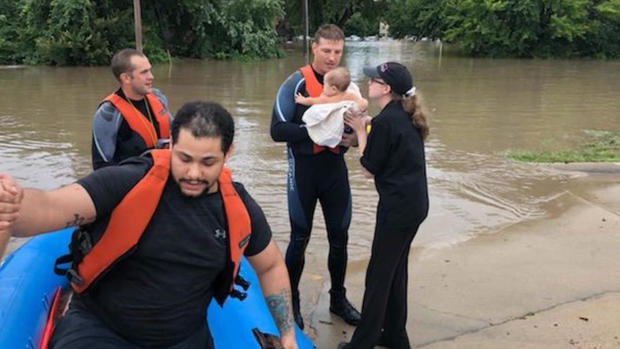 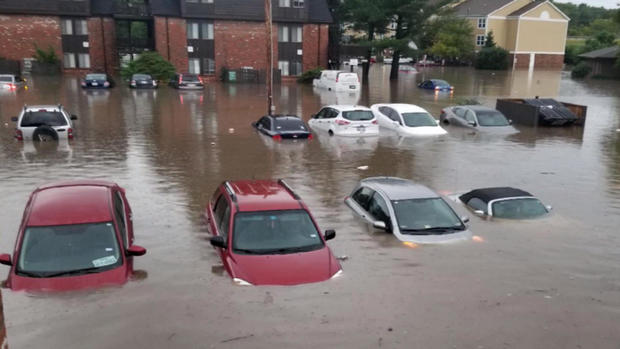 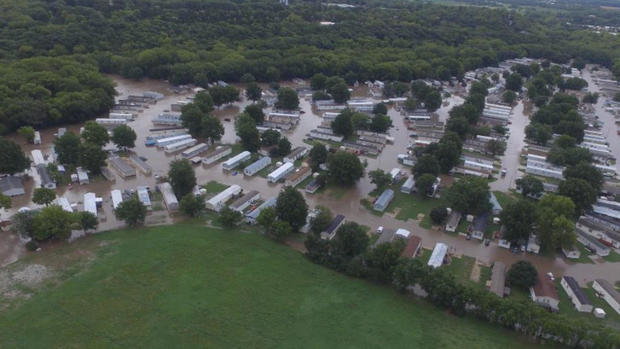 GoFundMe “Trump Wall” donors have given $7 million to organizer’s new...