BEIJING — China's foreign ministry said Monday it is looking into the circumstances surrounding the arrest of e-commerce billionaire Liu Qiangdong, also known as Richard Liu, in the U.S. on suspicion of criminal sexual conduct. The Chinese Consulate in Chicago is "closely following the relevant situation" and trying to verify facts regarding the situation, ministry spokeswoman Hua Chunying told reporters at a daily briefing.

Minneapolis police spokesman John Elder said Sunday that he couldn't provide any details because the investigation is considered active. He declined to say where in the city Liu was arrested or what he was accused of doing.

Nasdaq-listed JD.com said in a statement Sunday that Liu was falsely accused while in the U.S. on a business trip, and that police investigators found no misconduct and he would continue his journey as planned. The $45 billion company, the main rival to Chinese e-commerce giant Alibaba Group, said it would take legal action against "false reporting or rumors."

Liu recently tried to distance himself from sexual assault allegations against a guest at a 2015 party at Liu's penthouse in Australia. Liu was not charged or accused of wrongdoing, but Australian media reported he tried unsuccessfully to get a court to prevent the release of his name in that case. The guest was convicted.

JD.com is 10 percent owned by Walmart, while Chinese internet firm Tencent owns 18 percent. Liu, who is worth an estimated $7.3 billion, owns 16 percent of the company and has vast control over major business decisions. 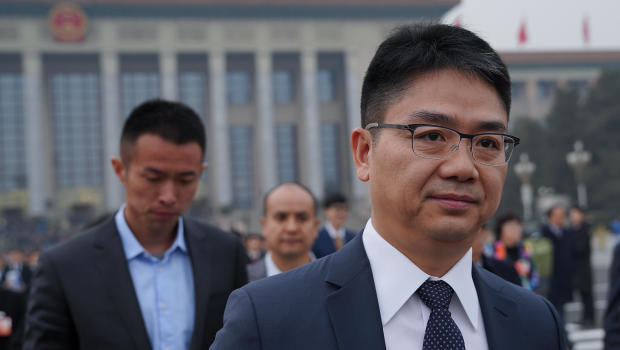