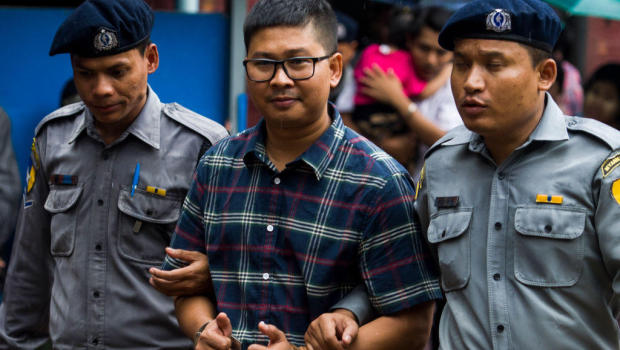 Two Reuters journalists accused of breaching Myanmar's state secrets law during their reporting of a massacre of Rohingya face a court ruling Monday that could see them jailed for up to 14 years.

The case has outraged the international community for attacking media freedom and has intensified the glare on Myanmar security forces over its crackdown on the Muslim minority in Rakhine state.

Reporters Wa Lone, 32, and Kyaw Soe Oo, 28, have been held in Yangon's Insein prison since their arrest in December.

They say they were invited to dinner by police who handed them documents before the pair were arrested as they left the restaurant for possessing classified material.

The duo, both Myanmar nationals, were charged with violating the Official Secrets Act, a draconian British colonial-era law which carries a maximum sentence of 14 years.

The reporters deny the charges, insisting they were set up while doing their jobs to expose the extrajudicial killing of 10 Rohingya Muslims in a Rakhine village in September last year.

The army pre-emptively published its version of events at Inn Din village, conceding the Rohingya men were killed while in custody in a one-off act of abuse by a mix of security forces and ethnic Rakhine locals.

The verdict was initially due last Monday, but was delayed due to the apparent illness of the presiding judge.

On Saturday, more than 100 journalists and activists marched through Yangon in support of the reporters, whose trial echoes the treatment of government critics during the junta years.

Monday's ruling comes a week after the release of an explosive United Nations-led study into abuses in Rakhine, accusing Myanmar's army chief of heading up a campaign of "genocide" and "crimes against humanity" against the Rohingya.

It also strongly criticised de facto civilian leader Aung San Suu Kyi for failing to use moral authority to stand up for the stateless minority.

The same day, Facebook pulled down the pages of Myanmar's army chief Min Aung Hlaing and other military top brass, in what the company said was a bid to prevent them from further fanning "ethnic and religious tensions."

As calls for Myanmar's military leaders to face an international tribunal mount, they have remained defiant, insisting last year's crackdown was a proportionate response to attacks by Rohingya militants.

If convicted, the two journalists can appeal and may also be eligible for a pardon at the discretion of Myanmar's civilian president, a staunch Suu Kyi ally.

Suu Kyi's reputation as a defender of human rights has been eviscerated by her refusal to speak out against the military for its handling of the Rohingya crisis or in support of the jailed reporters. 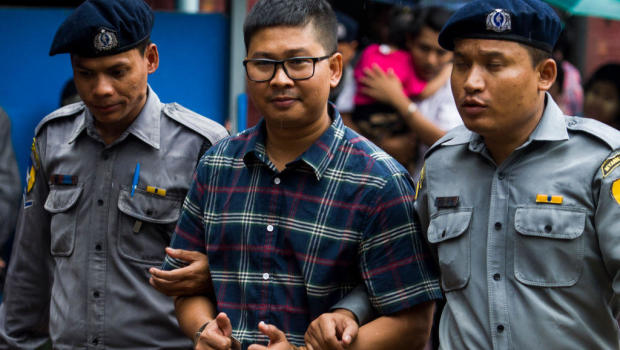 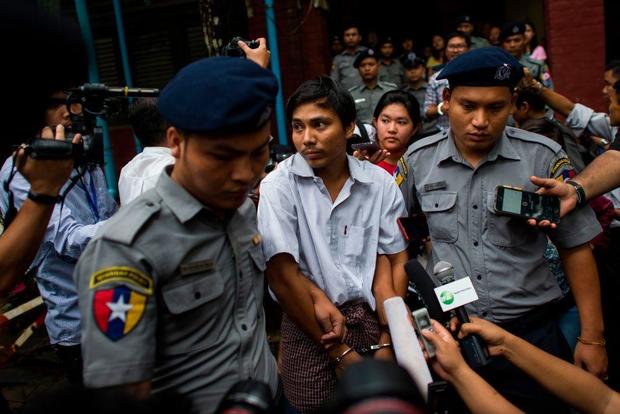