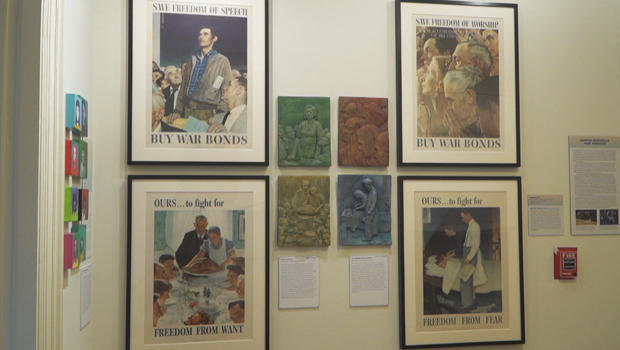 "The Four Freedoms," first proclaimed years ago by an American president, have inspired (and continue to inspire) a remarkable body of American art, as Anna Werner now shows us:

It's January 1941. War rages in Europe, and President Franklin Delano Roosevelt must convince Americans their country will have to enter the war against the Nazis.

So, in the midst of one of the most dire periods in history, he delivered a speech. Key to that speech, the "Four Freedoms" – goals he believed were worth fighting for.

"The Four Freedoms, as articulated, did not garner much attention," said Laurie Norton-Moffatt, the director of the Norman Rockwell Museum. "Americans had little appetite to return to war. World War I had been devastating in its consequences. America was still coming out of the Great Depression, and there were many people who were still struggling for housing and jobs and food."

So, the speech fell flat … until artist Norman Rockwell took Roosevelt's words and translated them into iconic American images:

Moffatt said, "He realized he needed to take these ideas down to everyday life – things that everyone anywhere could appreciate."

When they were published in 1943 in one of the nation's top-selling magazines, The Saturday Evening Post, the pictures were seen by millions. "They just took off across the country, with meaning and patriotism," she said.

The paintings went on tour, and helped raise $133 million for the war effort.

On Sept. 14, 1956, Rockwell appeared with Edward R. Murrow on CBS' "person to Person." Murrow asked the artist, "Do you have any idea of how many copies have been made of those paintings?"

"I don't really know," Rockwell replied. "I know it runs into millions and millions."

And now, they're traveling again, this time in an exhibition to celebrate their 75th anniversary, with its first stop at the New York Historical Society. (The exhibit next travels to the Henry Ford Museum in Dearborn, Mich.)

Speaking of Rockwell's painting of Freedom From Want," of a family gathered for a bounteous Thanksgiving dinner, Moffatt acknowledged that, for many Americans at the time, such a feast would have been a luxury: "This was an aspirational dinner."

But what do The Four Freedoms mean today?

A companion exhibit, on display at Hunter College in New York City, seeks to answer that question, with reinterpretations of Rockwell's images.

"In some cases, it's a direct reference to the Norman Rockwell paintings," said curator Deborah Gardner. "They take the Four Freedoms, the original images, and they transform the people in them, to reflect much greater religious diversity and ethnic diversity."

Artists from across the U.S. and Canada submitted their work. Thirty-nine were chosen, including an Iranian-American photographer with this image:

… and a courtroom artist from New York with a painting of a child living in a war zone.

Then there's the work of Massachusetts artist Pops Peterson. His reinterpretation of the Four Freedoms combines photography with digital painting techniques.

"Norman Rockwell was the quintessential, all-American painter. He showed you the American landscape – everyone being loved, everyone safe, everyone fed, a beautiful American world, except not if you're Mexican, not if maybe you're Hindu, not if you're black."

So, in Peterson's version of Rockwell's "Freedom of Speech," instead of a young white man, there's an African-American woman.

For "Freedom from Want" with its traditional Thanksgiving table, Peterson shows himself with his husband.

"What you're really saying is, for a lot of people, those freedoms don't exist," Werner said.

"Exactly. And the fear does exist."

So, in his image, an African-American man putting his children to bed looks over his shoulder; the newspaper headline here? "I Can't Breathe," a reference to Eric Garner, who died after police put him in a chokehold in 2014.

"I just want to show what's going on on the other side of the railroad tracks," said Peterson, who began to cry.

"And that's really emotional for you," said Werner.

"Because we're always there, and nobody's looking. I mean, it was really nice in the suburbs for the nice white family to be safe from the Blitzkrieg, I mean, obviously they were representing all Americans. And this is a current image, and the father is just wondering, what is going on on my street? Can I leave the house safely?"

In 2018, Peterson said, there are still freedoms to fight for: "That people count, that people belong, and that people have the right to be heard and to be seen." 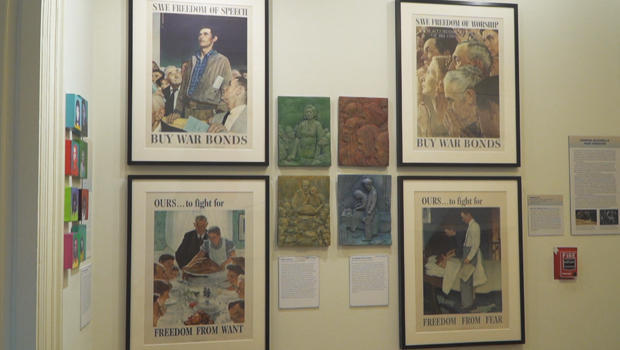 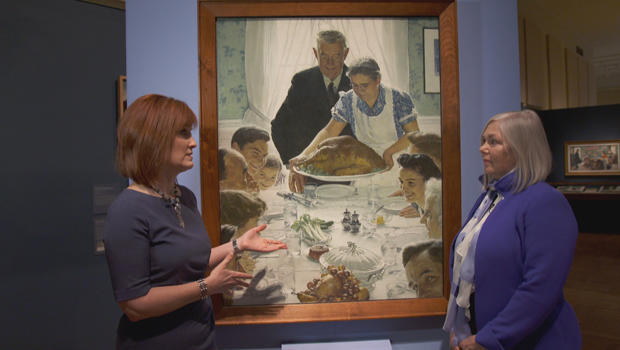 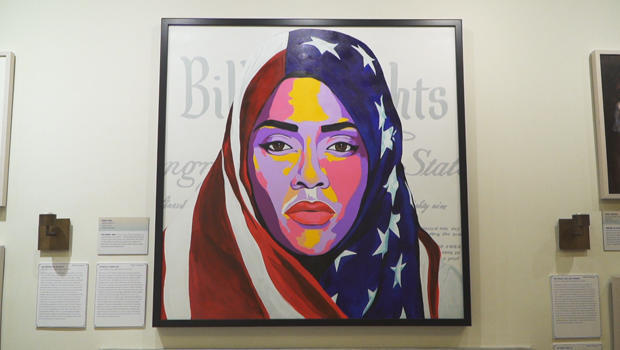 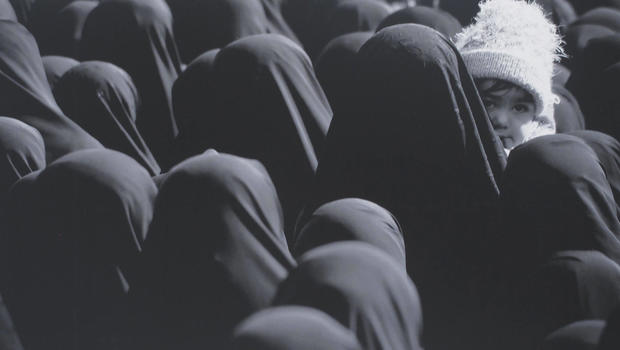 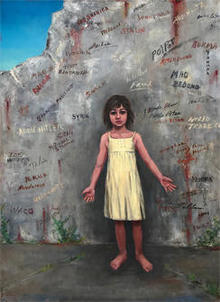 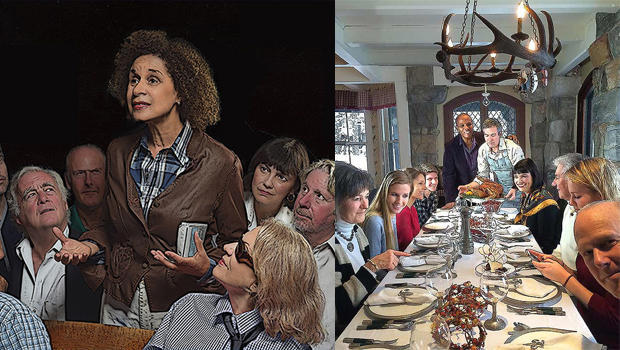 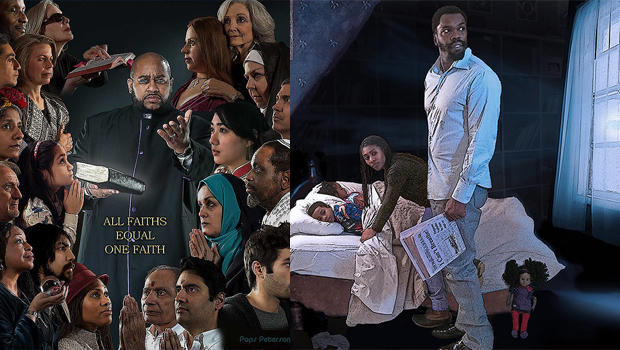