By Grace Segers CBS News September 1, 2018, 11:18 AM Meghan McCain says "America was always great" in tribute to her father

"The America of John McCain has no need to be made great again because America was always great," McCain said towards the end of her emotional speech. The audience reacted with applause.

Meghan McCain also denounced the "cheap rhetoric" characterizing politics today, and referred to men who avoided service in the Vietnam War. Mr. Trump had five deferments from serving in the war.

However, most of McCain's tribute was spent honoring her father not as a war hero or vaunted politician, but as a loving parent.

"I am here before you today to say the words I have never wanted to say. We gather here to mourn the passing of American greatness," she said.

"The best of John McCain, the greatest of his titles, and the most important of his roles was as a father," McCain said. "John McCain was defined by love."

She discussed her parents' relationship among others in her family, relaying a story of when he insisted she get back onto a horse that had thrown her off, breaking a bone, earlier the same day. She said that while she resented it at the time, it inspired her to keep going. The senator told his daughter that "nothing can break you."

McCain also discussed the lessons from her father's suffering.

"My father knew pain and suffering with an intimacy and an immediacy that most of us are blessed never to have endured," McCain said. "Yet he survived, yet he endured, yet he triumphed."

McCain ruminated on the legacy left by her father.

"My father is gone, and my sorrow is immense, but I know his life was great because it was good," McCain said toward the end of her tribute. "I love you, Dad." 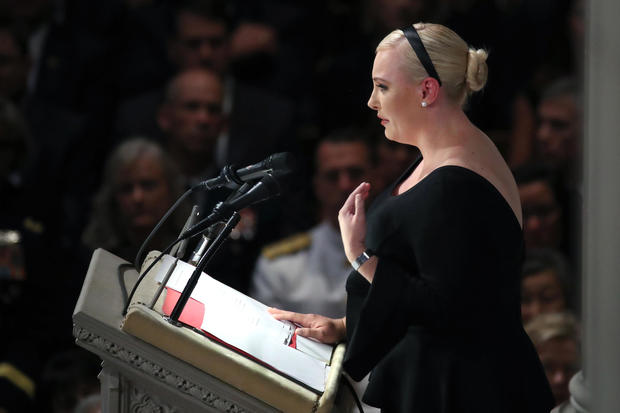 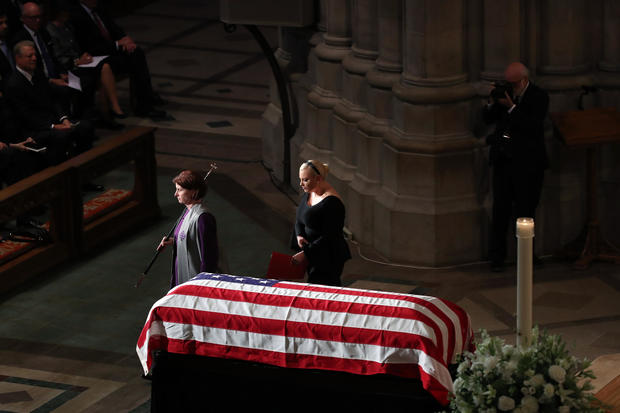 What Google and social media trends say about midterms