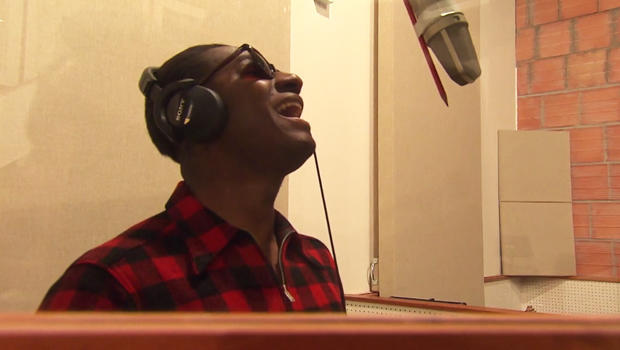 Hit songs such as "River" are introducing Leon Bridges to an ever-larger circle of fans, which brings the sort of fame that takes some getting used to, as he tells Anthony Mason:

Leon Bridges' smooth sound has gone down easy with audiences. His debut album in 2015, "Coming Home," earned him a gold record, a Grammy nomination, and an invitation to the Obama White House, where he performed at a Ray Charles tribute.

"It was definitely epic," Bridges said.

From Pennsylvania Avenue, he travelled to "Sesame Street":

Mason asked, "How'd it feel performing with the Muppets?"

"It was kind of weird, 'cause you want to connect with the Muppets. But you got a dude down on the floor, you know?" he laughed. "Everybody says now you made it [now that I'm on 'Sesame Street']."

At 29, Bridges is a natural, but not naturally outgoing. He admits he is basically a shy guy. "Definitely, yeah. I've definitely outgrown it. But to an extent, I'm still shy."

"So, how did you get over that to get on stage?" Mason asked.

"I would say I got over my shyness through dance. That came before the music."

He was an aspiring choreographer in Fort Worth, Texas, but quit college to take a second job as a dishwasher to help out his single mother. That's when he found music.

"It was easier to sing than dance?" Mason asked.

"Easier to pick up a guitar and just work on that."

At the Magnolia Motor Lounge, Bridges had to beg the manager for a shot at an open mic night. "He said, 'Okay, you can get up there, play one song. If we like it, you can play another one.'"

After getting off stage, he went over to the bar, which was where he met fellow musician Austin Jenkins, who went up to Bridges after his set: "I had to. Yeah, I had to," Jenkins recalled.

Jenkins and Joshua Block (then with the band White Denim) were setting up a studio, and brought Bridges in to record.

"This is my home right here," Bridges said, showing Mason the recording booth. "Back here, hidden, like I need to be, you know, just hidin', singin'."

One of the first tracks Bridges laid down was a tribute to his mother, Lisa Sawyer. "I didn't write it. I wrote it, but…"

"When you wrote songs, would you sing them for your Mom?"

"The funny thing about that, no!" Bridges said. "She found out because I was at the house with my friend. And she was like, 'Show your Mom that song you wrote about her.' And I was, like, pull out the guitar, started playing it. My mom burst into tears."

When Bridges landed a recording contract, he surprised her again – by paying off her house.

"You texted her that you were –"

"Coming Home," Bridges' debut, hit #6 on the Billboard album chart. And his song "River" was featured prominently in an episode of the HBO series, "Big Little Lies."

His retro soul groove got him compared to the great Sam Cooke – and his wardrobe can feel as vintage as his sound. Bridges likes to scavenge for outfits in shops like Dolly Python's in Dallas.

He said, "As long as you rock it with the right outfit, anybody can wear a hat!"

And musically he wanted try on different hats.

For his follow-up album, "Good Thing," he said, "I wanted to show people that I can do the retro soul thing, and I'm also capable of anything – make a country song."

Mason asked, "Is he a different performer now than when you first went into the studio with him, do you think?"

"It surprises me every time, man," said Hamilton.

What's different? "It's cool, 'cause he incorporates a little bit of home. Only we know what's goin' on!" Hamilton laughed.

And Leon Bridges is no longer shy about his talent.

When Mason asked, "What do you want from this now?" Bridges replied, "I don't think I've figured that out yet. But I just want to prove to the world that I'm a great musician."

To hear Leon Bridges perform "Bet Ain't Worth the Hand," from his album "Good Thing," click on the player below. 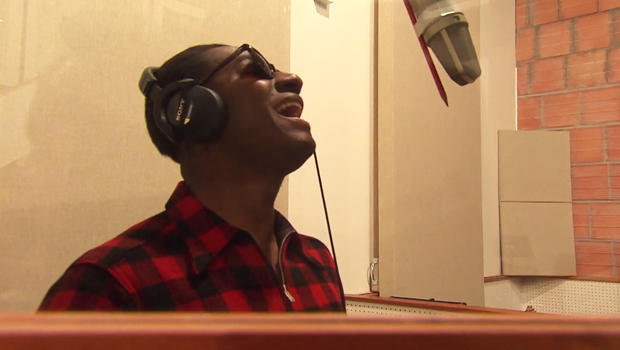 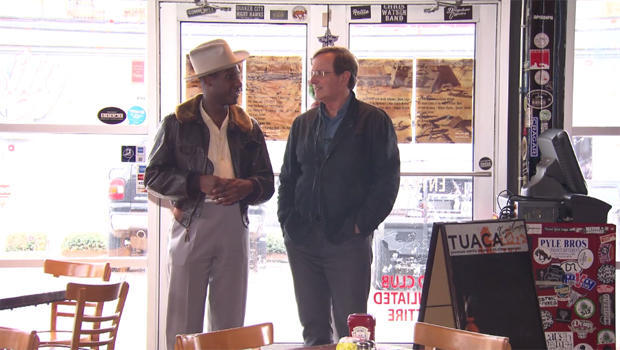 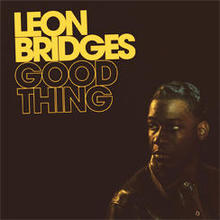 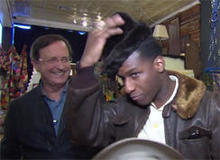