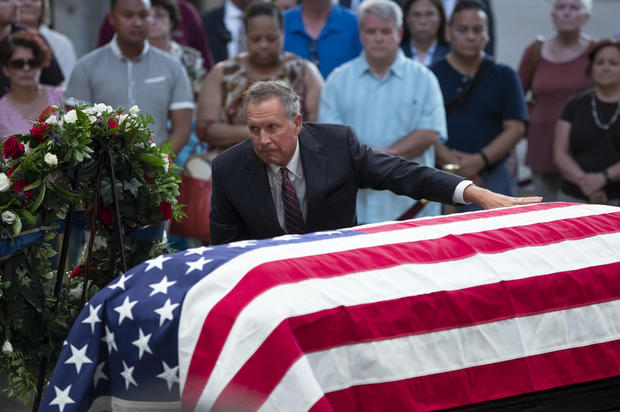 At the end of a week of remembrances for the late Sen. John McCain, Ohio Gov. John Kasich hailed the Arizona maverick for a lifetime of service and called on voters in the upcoming midterm elections to embrace candidates who would unite the country rather than divide it.

"You know, we spend so much time talking about how lost the Republicans are. But you think about the Democratic Party moving farther and farther to the left — our country is center-right or center-left. It's not on the extremes," Kasich said on "Face the Nation" on Sunday. He said the Republican Party is in a "tug of war" but ultimately "worth fighting for."

Kasich, who attended the memorial service for McCain on Saturday, said the late GOP senator was trying to send a message with the highly orchestrated series of events after his death.

"Come together. Have guts. Stand up," Kasich said. "Leaders walk a lonely road. And John did not like people that did this — put their finger in the air and get the wind. He was so comfortable with himself. And it really didn't matter to him who he was going to have to take on or what cause he was going to go for."

Kasich declined to identify a political figure in the mold of McCain who could "engage in a bit of poetry" and unite the country. But he said McCain's political style marked a sharp contrast with President Trump, with whom he's frequently sparred over a range of issues.

"I will tell you, family separation is not American value at the border. It isn't. The idea we're going to deport these people, that's not to me an American value," Kasich said. "Ringing up massive debt. We like the tax cut, but there was no tax reform. It was a problem. And trying to strip health care away from 20 million Americans."

But Kasich added his belief that political parties "shouldn't matter so much" and voters should instead "vote for the person" in the upcoming midterm elections. Kasich, who lost the GOP nomination in 2016, declined to say whether he's eying another shot at the presidency, but said he's going to do his "level best" to save the Republican Party and would campaign for Ohio congressional candidate Troy Balderson.

Kasich said while he supports his party in the midterms, there are a number of Republicans he called "dividers" who he will not be campaigning for.

"I just won't do it, because if you're a divider and if you can't see the fact that we need to unify people then I can't be for you. I mean, nothing personal. I just can't help you," he said.

The Ohio governor also revealed what he was thinking when he knelt before McCain's coffin as it lied in state in the U.S. Capitol on Friday.

"Well, I had a word with John. I said, 'John, you remember I called you when you were sick and I asked you if you were OK with the big guy?' And I said, 'John, I'll see you up there someday. Keep the place open for me, would you?' And I got up and left," Kasich remembered. 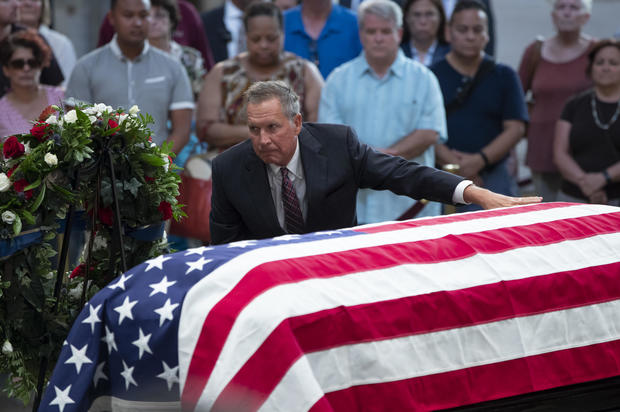