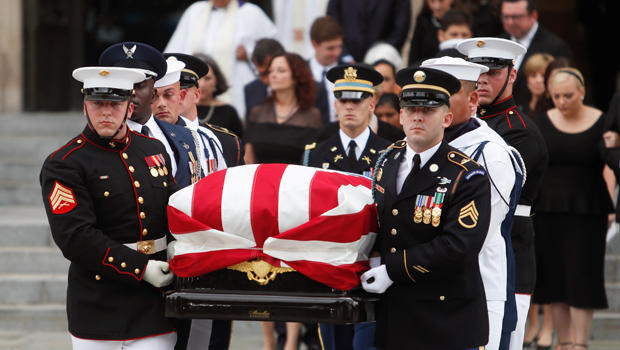 A week of mourning will end later this afternoon, when Senator John McCain is buried at the U.S. Naval Academy Cemetery in Annapolis. It comes after a memorial at the National Cathedral in Washington Saturday, where he was honored by friend and foe alike.

Those who spoke came to the National Cathedral at Sen. McCain's request. They sat where he asked them to sit – rivals often side-by-side.

But as each ascended the pulpit, the words were theirs … and a nation listened.

"The America of John McCain has no need to be 'made great' again, because America was always great," said his daughter, Meghan McCain, to applause. "We gather here to mourn the passing of American greatness, the real thing, not cheap rhetoric from men who will never come near the sacrifice he gave so willingly, nor the opportunistic appropriation of those who live lives of comfort and privilege while he suffered and served."

John McCain's tone, his tenor, and even his temper were celebrated by those who saw it all firsthand.

Former President Barack Obama said, "After all, what better way to have a last laugh than to have George and me say nice words about him to a national audience."

Former President George W. Bush said, "Back in the day he could frustrate me, and I know he'd say the same thing about me. But he also made me better."

And that's the theme that kept returning – McCain as a principled leader.

"So much of our politics, our public life, our public discourse, can seem small, and mean," said Mr. Obama. "It's a politics that pretends to be brave and tough, but in fact is born of fear.

Mr. Bush said, "One of his books ended with the words, 'And I moved on.' John has moved on. He would probably not want us to dwell on it, but we are better for his presence among us. The world is smaller for his departure, and we will remember him as he was – unwavering, undimmed, unequaled." 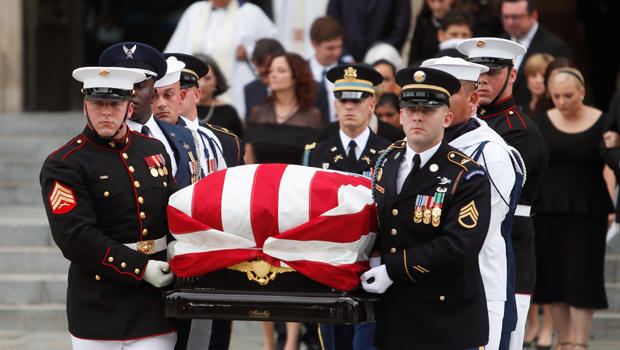 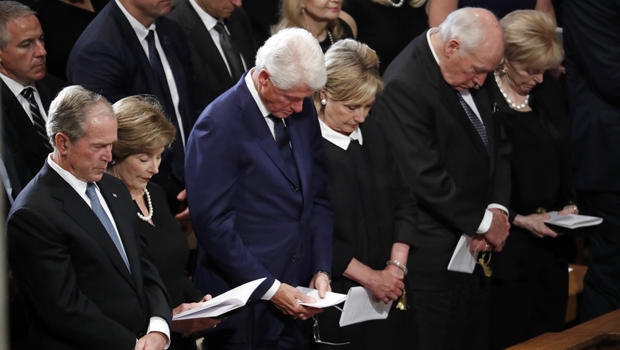