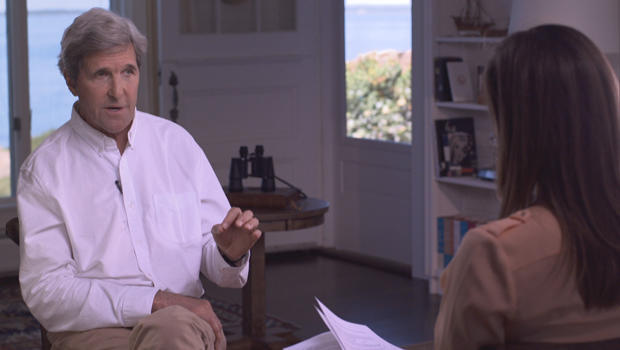 Former Secretary of State John Kerry is living a private life now, but he may be mulling a return to politics because, in his words, we're in a moment of crisis. "Face The Nation's" Margaret Brennan visited Kerry at his home in Martha's Vineyard:

At his gorgeous waterfront property on Martha's Vineyard, former Senator and Secretary of State John Kerry was asked by Brennan, "Why would you want to leave here and go on the campaign trail?"

"Because we need to," he replied. "I don't want to, I need to. You've got to take the time to invest in citizenship. It's that simple."

Even in the calm of Martha's Vineyard, Kerry is readying a return to politics, and to protests. "I'm going to try to be out there helping as many as I can," he said.

The 74-year-old has been "out there" helping Democrats since President Trump's inauguration, and as far back as 1971, the decorated naval officer became one of the most prominent anti-war demonstrators.

He reflects on those times in his new book, "Every Day Is Extra" (published by Simon & Schuster, a division of CBS).

The upstart is now an elder statesman, and says he hears echoes of Vietnam-era upheaval in today's divided America.

"The similarity is not in the cultural revolution but in the cultural divide that is being exploited, that is in fact limiting – if not diminishing – the capacity of our institutions to work," Kerry said.

In fact, it was Kerry's televised Senate testimony against the war that launched the 27-year-old, Yale-educated son of a diplomat into the political spotlight.

"This Administration has done us the ultimate dishonor," he told the Senate Foreign Relations Committee on April 22, 1971. "They have attempted to disown us and the sacrifices we made for this country."

In some ways, from that time forward, Kerry and Vietnam would be forever linked.

He served nearly three decades as a senator from Massachusetts. But it was his across-the-aisle relationship with the late Republican Senator John McCain that he says he considers among his most meaningful.

"I mean, John McCain and I together tried to figure out: How do we make peace in America? How do we get America to be at peace with itself over Vietnam?"

Together the two veterans worked to locate Americans missing in action, and used that toehold to thaw relations between the U.S. and Vietnam.

"We were privileged to be in a position to try to heal our country's wounds," Kerry said, "and, I think, to set an example for how people from different parties could come together and put the interests of our nation and the United States Senate front and center."

At times they also clashed, like during the 2008 presidential campaign. But you may be surprised to learn that during his own 2004 presidential bid, Kerry says he considered the late Arizona Republican as a running mate. "There were difficult issues to try to work out," he said. "We kind of flirted, but didn't go on a date!"

The vice presidential candidate he chose, North Carolina Senator John Edwards, ultimately disappointed him on the campaign trail, and later when he was caught up in a sex scandal. "If you measure the qualities that you are looking for when you choose a vice president, it wasn't what we had hoped for," Kerry said.

But Kerry's presidential run may be best remembered for those inflammatory Republican ads questioning his Vietnam service record.

"Do you regret not fighting back harder against the 'swift boat' attack ads?" Brennnan asked.

"Yes," he said. "I believe it was vital, particularly in the last days of the campaign, to be addressing advertisements that were such a grotesque distortion of the reality of what happened in the rivers of Vietnam."

The most trying time of his life, Kerry says, was his 1988 divorce from first wife Julia Thorne, mother of his two daughters. "Some people shed wives or husbands the way they take off a coat. That's not me. It's a tough process, and I hated it."

He found love again with current wife Teresa Heinz Kerry, who has been camera-shy since suffering a seizure in 2013. "She's still got a couple of health challenges that she's taking on, but she's doing great," he said.

Since entering private life, Kerry has watched the Trump administration unwind much of his legacy, including the Iran nuclear deal, and the climate change accord he signed with his granddaughter on his knee. "We are in a moment of crisis for our country," Kerry told Brennan. "The world is in a moment of crisis."

They are disappointments that motivate Kerry to help Democrats regain political control, perhaps even with himself as the party's standard-bearer.

When asked if he is going to run for president again in 2020, Kerry said, "Talking about 2020 right now is a total distraction and waste of time. What we need to do is focus on 2018. We need to win back the confidence of the country to move in a better direction."

As John Kerry tells it, sitting on the sidelines now would be the worst thing of all.

Brennan asked, "What is the future for you?"


For more from Margaret Brennan's interview with John Kerry, tune in to "Face the Nation" on September 2. 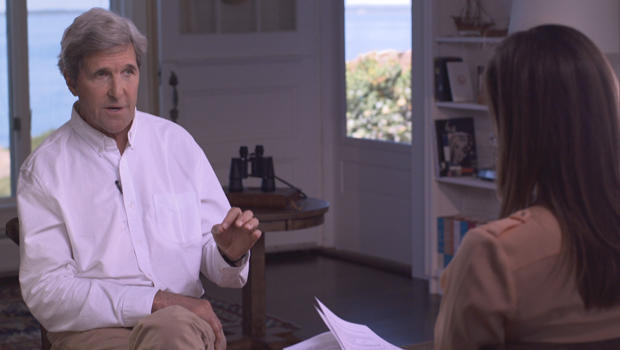 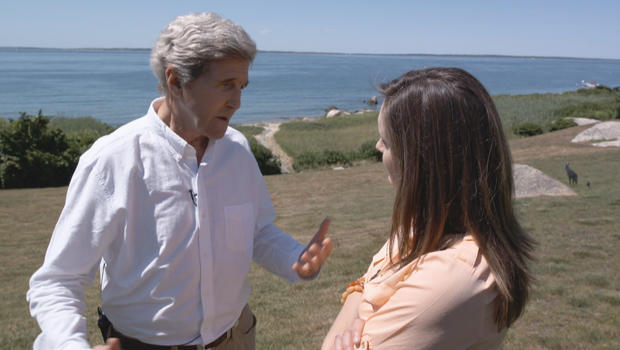 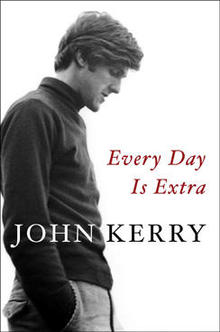 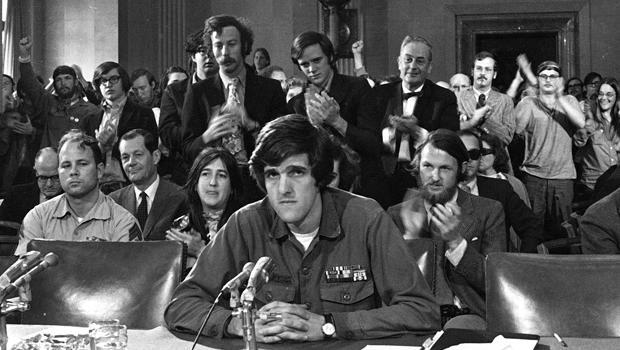 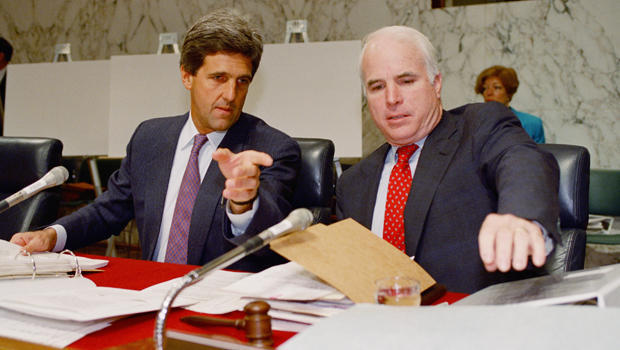