Sebastien Bellin almost lost his life during the March 22, 2016, Brussels Airport bombings. Ketevan Kardava – a foreign correspondent from the country of Georgia – snapped a photo of him on the ground that was circulated around the world, and is a lasting image of the aftermath of terrorism.

The CBC was there for their emotional reunion just days after the attacks. Watch the video below:

Kardava had been checking in for her flight when the bombing occurred.

"I saw many passengers with their legs blown up," she said.

"I took only 12 pictures, and I had only one minute. So 12 pictures in a minute. …I call them my photo heroes," Kardava said. "It was very terrible to realize what has happened."

"And [the] first photo, I posted, it was a photo of Sebastien," she said. "For me, it was most important to show everyone … as many say, is the face of terrorism." 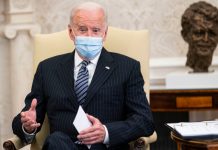 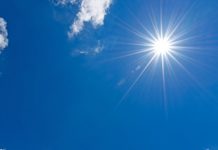 Curtis Lovelace: “To say that I murdered the mother of my...