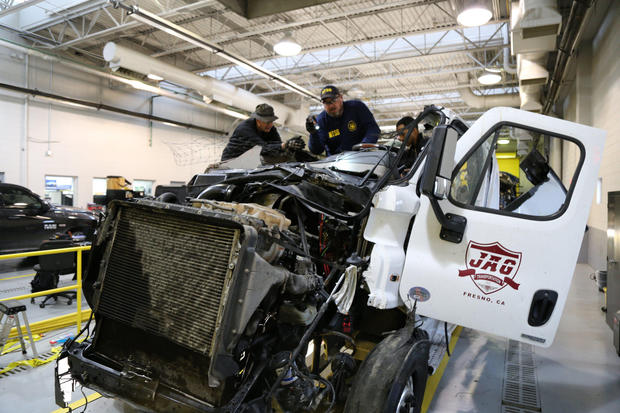 ALBUQUERQUE, N.M. — Authorities have identified five of the eight people who were killed when a semi-trailer veered across a median and smashed into a Greyhound bus, The Albuquerque Journal reported.

The state Office of the Medical Investigator said Saturday night that five of the people killed in Thursday's crash near Thoreau, New Mexico, are Sadie Thomas, 50, Charla Bahe, 34, Terry Mason, 45, Veronica Williams, 49, and Greyhound bus driver Luis Alvarez, 50, the Journal reported. The office did not release information about their hometowns.

Earlier Saturday, a federal official said his agency is intensifying its examination of the semi-trailer's front tires. The tires will be sent to the National Transportation Safety Board in Washington, D.C., for further examination, said Peter Kotowski, a senior investigator.

The crash happened after the semi-trailer going in the opposite direction lost the tread on its left front tire, authorities said.

The agency has also asked for the medical records and toxicology reports about the driver of the semi-trailer owned by Jag Transportation of Fresno, California, and the bus, Kotowski said. The electronic data recorders for the semi-trailer and bus have been recovered, he added.

The agency has talked to survivors of the crash and is seeking an interview with the driver of the semi-trailer, Kotowski said.

The left-bound lanes of Interstate 40 at the crash site will be closed to traffic from 8 to 11 a.m. Sunday so investigators can continue their work, he said. 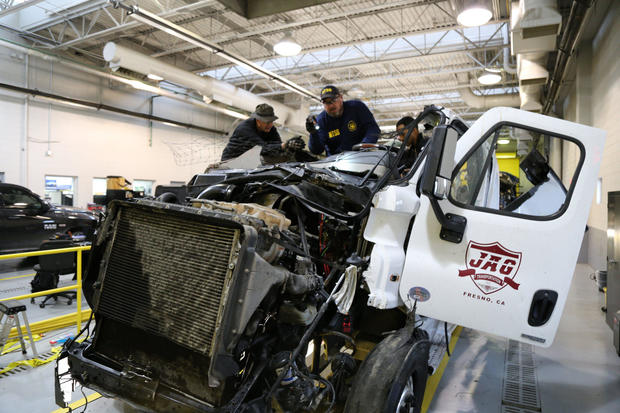