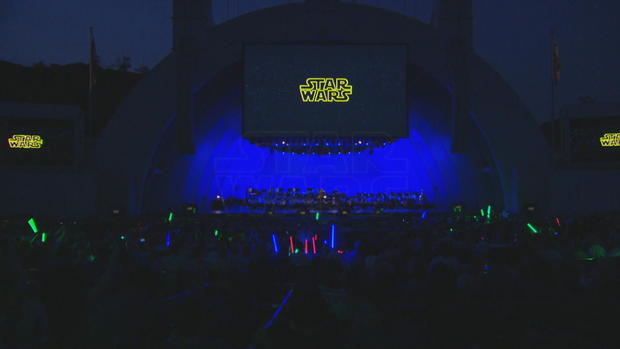 A short time ago in a place just a freeway ride away, 18,000 kids, both young and old, were welcomed to the Hollywood Bowl for a theatrical experience like no other. For four nights in August, the Los Angeles Philharmonic and conductor David Newman performed the epic "Star Wars" scores live along with the movie at the iconic venue.

"It's exactly the opposite of what you would think it would be," Newman said. "Performing film music, you need to be more aggressive, in a way. And that doesn't mean loud or soft, necessarily, even if it's soft it just needs to be really focused."

Newman has composed the scores of almost 100 films. His father, the pioneering Hollywood composer Alfred Newman helped define the genre during a 20-year run as music director at 20th Century Fox.

Newman says the trend of live film scoring is huge. Five years ago two companies began taking these concerts on the road. Cineconcerts, which produces shows in 48 countries, screened "Gladiator" in Rome at the Colosseum and "Harry Potter" at Royal Albert Hall in London. The company Film Concerts Live works with orchestras around the world to display 16 movies, including six scores composed by John Williams.

"I think my father's generation, even John's generation, just are absolutely flabbergasted by this. Film music was always the kind of second, third, fourth you know, it was really looked down on," Newman said.

Back in 1980, according to Newman, orchestras had no interest in playing film music because they didn't think it was very good. That slowly began to change with "Star Wars."

When John Williams, who studied under Alfred Newman at Fox, took over the Boston Pops, he used the orchestra to present new compositions for "The Empire Strikes Back."

"And then year after year, he whittles away at it, teaches them what it is. I think what's happening now is unthinkable without John actually willing to go to the Boston Pops and deal with that," Newman said.

Pianist Joanne Pearce Martin has been with the Los Angeles philharmonic since 2001.

Asked if there was pushback to playing film scores now, Martin said, "I think it's important to keep future generations interested, and this is one excellent way to do it. And it's beautiful music. I mean, we enjoy playing it."

"I think there's something to be said for being a performer and having people applaud. That's always nice, right? But when Darth Vader comes onto the screen and you have 18,000 people booing at you, at the top of their lungs, that leaves a mark," said Christopher Still, who has been with the orchestra since 2007.

These concerts may be a sign of our times, but David Newman notes that film scoring can be traced back to some of the great classical composers of the 1930s.

"All these really famous Europeans who are fleeing Europe come to Hollywood but they're not willing to make the music subservient to the film… So I think that generation now, seeing what's happening i think they would be elated," Newman said.

Newman is encouraged the art form he's spent a lifetime pursuing is being enjoyed by fans not commonly associated with orchestral music.

"It is always a combination of a bunch of moving parts to make something greater than all the parts put together and there's something profoundly meaningful about that. I don't know how to describe it any other way. When it works…There's nothing artistically that I've ever come across that's like that." 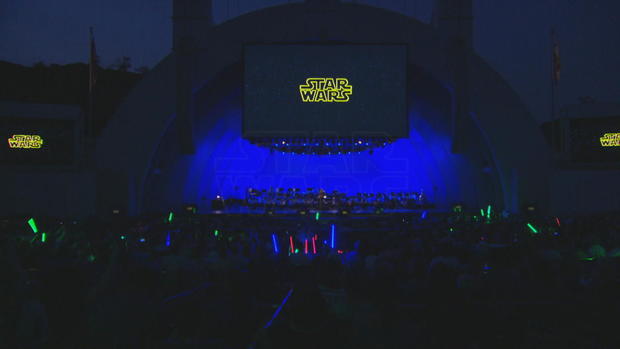 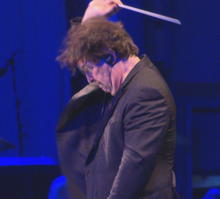