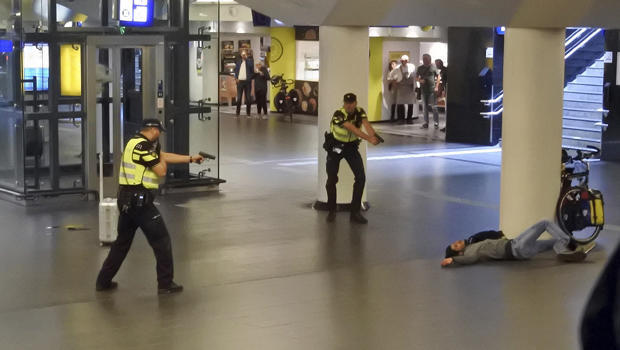 AMSTERDAM — Authorities in Amsterdam say a 19-year-old Afghan citizen who was shot and detained after a double stabbing at the city's main railway station had a "terrorist motive." The Dutch capital's government said in a statement Saturday that investigators reached the conclusion based on the suspect's first statements to police.

The suspect allegedly stabbed two American tourists on Friday before police shot and wounded him. He holds a German residency permit and was identified as Jawed S. in line with Dutch privacy rules.

The Americans are recovering in a hospital. Their identities have not been released. The suspect also is hospitalized.

Amsterdam City Hall says German authorities searched the suspect's home and seized data storage devices that would be analyzed as part of the investigation.

The suspect is to be arraigned Monday at a closed-door hearing. The exact charges he could face have not been released.

Pete Hoekstra, the U.S. Ambassador to the Netherlands, issued a written statement saying embassy officials had been in touch with the victims or their families. Police say they have serious but not life-threatening injuries. Authorities did not disclose the identities of the victims.

Police said in a statement Saturday that the Afghan man was being questioned in the hospital with the help of an interpreter.

Central Station is a busy entry and exit point for visitors to Amsterdam, with regular trains linking it to the city's Schiphol Airport. The station is used by an estimated 250,000 travelers daily, BBC News reports. The station is patrolled by armed police and other security staff. 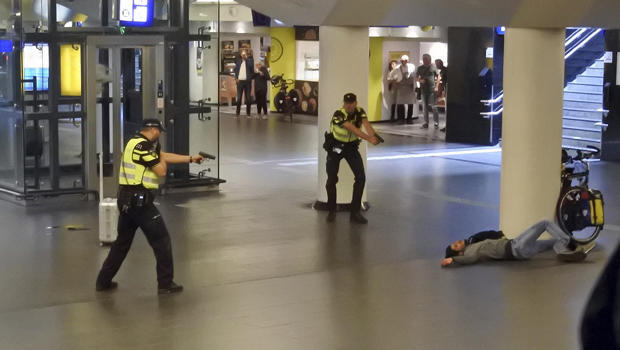