The Trump administration is cutting nearly $300 million in planned funding for the U.N. agency that helps Palestinian refugees, ending decades of support. The State Department announced in a written statement Friday that the United States "will no longer commit further funding to this irredeemably flawed operation."

The U.S. supplies nearly 30 percent of the total budget of the U.N. Relief and Works Agency, which provides health care, education and social services to Palestinians in the West Bank, Gaza Strip, Jordan, Syria and Lebanon.

The U.S. donated $355 million to the agency in 2016 and was set to make a similar contribution this year. In January, the Trump administration released $60 million in funds but withheld a further $65 million it had been due to provide.

U.S. Ambassador to the U.N. Nikki Haley has advocated for cutting funding to the UNRWA, saying on Tuesday that Palestinians "continue to bash America."

In a statement, the State Department said that the U.S. was no longer willing to fund a disproportionate share of the UNWRA costs.

"Beyond the budget gap itself and failure to mobilize adequate and appropriate burden sharing, the fundamental business model and fiscal practices that have marked UNWRA for years – tied to UNRWA's endlessly and exponentially expanding community of entitled beneficiaries – is simply unsustainable and has been in crisis mode for many years," said Heather Nauert, State Department spokesperson. 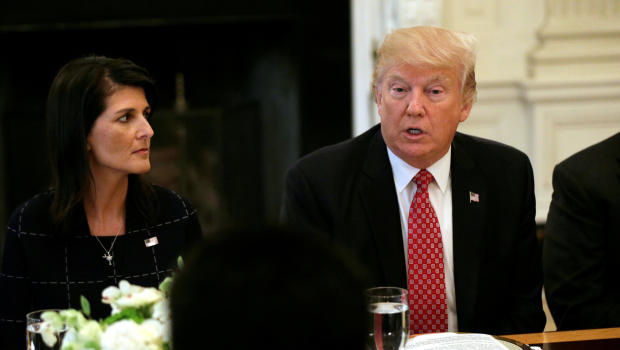