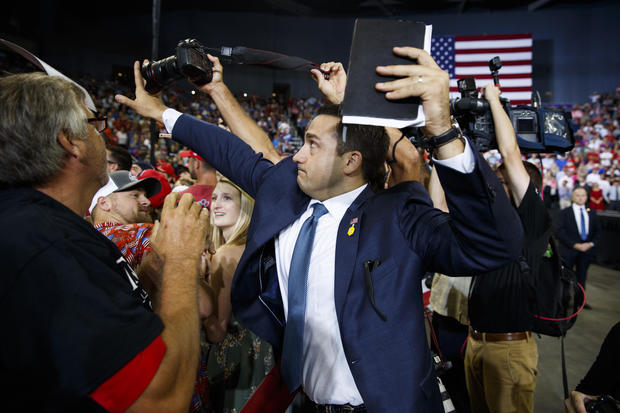 A volunteer member of the advance team for President Trump blocked a photojournalist's camera as he tried to take a photo of a protester during a campaign rally in Indiana Thursday night.

A photo taken by Associated Press photographer Evan Vucci in Evansville shows the volunteer stretching out his hand over the lens of a news photographer's camera after a protester disrupted Mr. Trump's campaign event.

The president paced on stage at the Ford Center as the protester was led out.

The president was in town to stump for Republican Senate candidate Mike Braun, who is looking to unseat Democratic Sen. Joe Donnelly in what is viewed as one of the nation's most competitive Senate races.

In the same rally, Mr. Trump railed against social media companies for, as he said, censoring free speech. The president has recently criticized websites such as Google, Facebook and Twitter for supposedly silencing conservative voices. Mr. Trump became vocal about this issue after several sites removed pages by Alex Jones, a controversial right-wing conspiracy theorist. Mr. Trump also said earlier this week that Google was filtering search results about him to only show negative news.

"There's a thing called free speech rights," Mr. Trump said at the rally. "I've made it clear that we as a country cannot tolerate political censorship, blacklisting, and rigged search results."

"We will not let large corporations silence conservative voices," the president said. 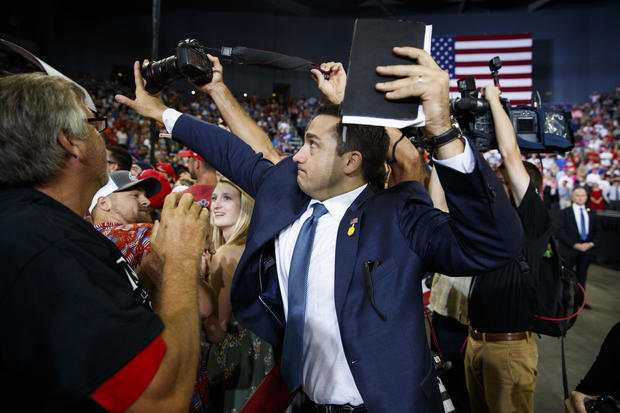 3 people and 2 dogs rescued after jumping from burning yacht