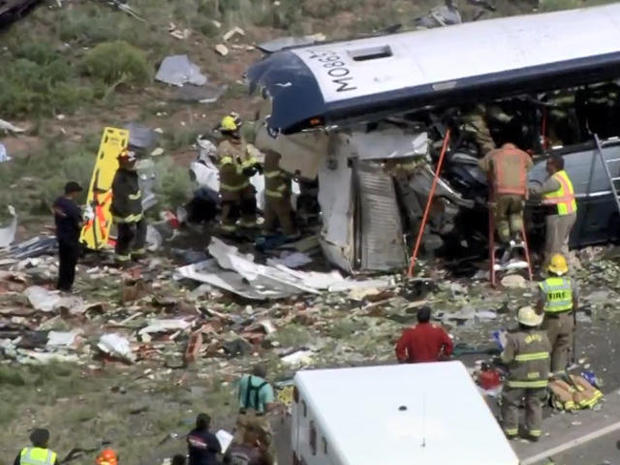 GALLUP, N.M. — At least eight people died after a Greyhound bus and tractor trailer collided in New Mexico on Thursday. Remarkably, the driver of the truck survived the head-on crash.

Elisara Taito was hauling produce from California to Tennessee when his semi blew a tire and things got really bad, really quickly.

"Then it just locked up," he said.

He told CBS News he saw the bus in front of him "right away."

"I was trying everything that I could to avoid it," Taito said.

The Greyhound bus, en route to Los Angeles from St. Louis, was in the west-bound lane of Interstate 40 near Thoreau, New Mexico. The semi weighing over 70,000 pounds crossed the median and slammed into it head-first.

"As soon as it happened I almost just knew that I was going to die. I was surprised that I made it," Taito said.

Rachel Cunningham, who was on the bus at the time said people were "screaming and panicking."

Dr. Andrea Kofahl was also on the interstate coming back from a hiking trip. She immediately called upon her training as a medic.

"I was expecting a lot of very critical casualties," she said. "But I was thoroughly impressed with the response we had seen."

The response came not just from EMTs and police, but also from passersby who used ladders to pull people from the demolished bus.

The National Transportation Safety Board was on site Friday investigating, but they had not yet interviewed the truck driver, Taito. He said the New Mexico State Police have.

"They asked for a drug test," he said, adding that it was clean.

One passenger was a pregnant woman who went into labor after the crash. Her twins, born Thursday night, added two to the number of patients. But the mother and her babies are doing well. 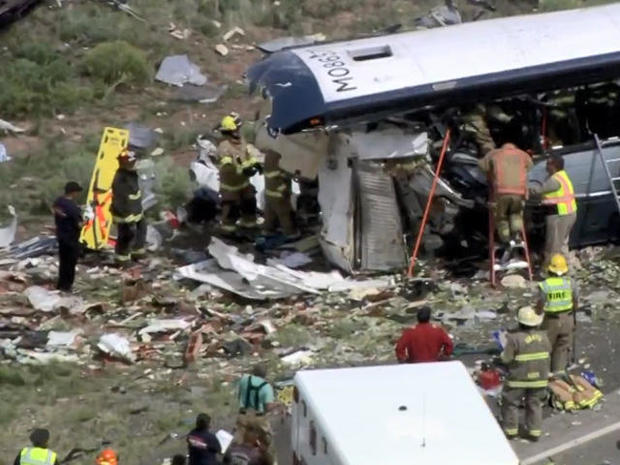