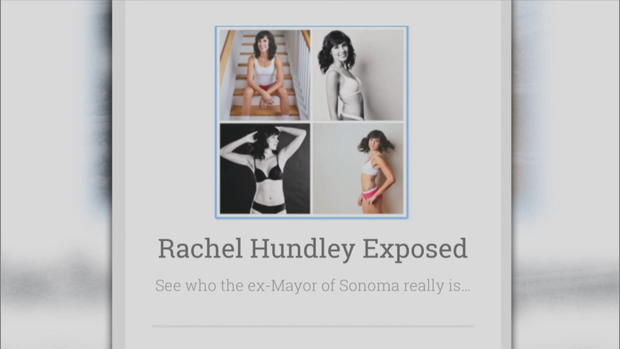 CBS News August 31, 2018, 7:51 AM California councilwoman blasts attempt to "slut shame" her out of running for re-election

A city councilwoman in California is fighting back against what she says is an extortion attempt to shame her on the internet. Sonoma City Councilwoman Rachel Hundley provided screengrabs to CBS News from a website featuring pictures of her she says was emailed to her. The sender threatened to make the website public to harm her image unless she dropped out of her re-election race.
Hundley is one of the youngest people ever elected to a city council seat in Sonom. She's now 35 and about run for a second term.

"As soon as I saw it, I knew exactly what they were trying to do," Hundley said.

The email told her, "We believe your behavior is immoral and unethical. … We encourage you to reconsider your intention to run for City Council." It then gave the link to a website slamming her, using her own pictures – images she herself had posted to social media – mixed with what Hundley describes as "blatant lies" — accusations of "lascivious, drunk and drug-addled behavior."

"It's extortion because it was demanding that I do something…that was using my photos to market their lies about me," Hundley said.

But instead of stepping aside, Hundley stepped forward and told the public she'd been threatened, in a YouTube video. In it, she says the purpose of the site was to "silence another strong female voice" out of the election. She also gave their tactics a name: slut shaming.

"Slut-shaming is an attempt to use women's sexuality against them … and it's turning it into something negative, based solely on the thought that it should be shameful,' Hundley said.
The website has since disappeared. Her video, meanwhile, has gotten more than 175,000 views. Maria Jobin-Leeds runs a non-profit supporting women in politics. She says women who run for office have always faced harassment.

"But the exciting thing is, so frequently, people like Rachel stand up and say, 'Buzz off, like back off, enough,"' Jobin-Leeds said.

Hundley felt that by speaking out, she wasn't just standing up for herself but for other women, too.

"My hope was that it would spread enough that potentially it would make its way to other women who might find it useful. And if I could achieve those things, I would consider it successful," Hundley said.
Whether she's successful in the election will be determined come November. CBS News reached out to local authorities to verify Hundley's claims who confirmed she issued a complaint, but said it is not being investigated because it does not rise to the level of a crime. 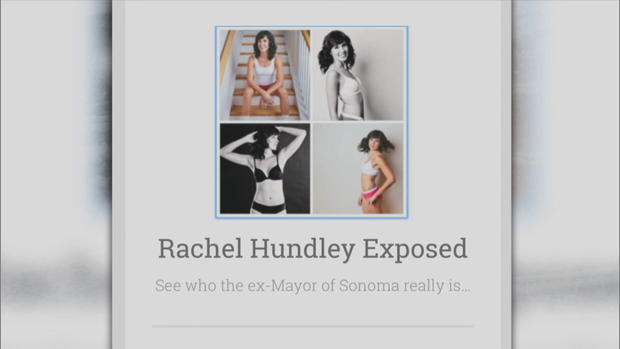