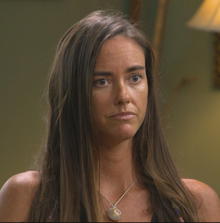 Environmentalists have been fighting to cut the use of plastic straws, utensils and bags for years but recently they have been turning their focus to balloons because of the threat they pose to wildlife. Now, that movement has reached Clemson University, which has decided to end its decades-long tradition of releasing 10,000 balloons at the start of every home game.

Releasing balloons in large numbers is illegal in five states, and one Rhode Island community banned the sale and use of all balloons earlier this year.

Danielle Vosburgh co-founded the non-profit Balloons Blow. They consider balloons litter and a threat to wildlife.

"People wouldn't litter something on the ground, but then they might not think twice about letting a balloon go in the air," Vosburgh said. "They're just releasing them by the thousands."

Vosburgh targeted Clemson and the University of Nebraska, which has its own balloon tradition. She rented a billboard in Lincoln, Nebraska, urging the school to end it. On Florida's beaches, where she started cleaning up trash as a kid, Vosburgh finds balloons that she says have sailed hundreds of miles.

She rejects the balloon industry's argument that latex balloons are biodegradable. In her backyard shed, she has stored six years' worth of balloons cleaned off nearby beaches. Vosburgh says latex is probably worse than mylar because it's found more often in the stomachs of dead animals.

Animals like sea turtles and wild birds sometimes mistake balloon fragments for food. Environmentalists and the balloon industry disagree whether that threat can be fatal to wildlife.

"There's debate over how long they take to break down, but they are in fact biodegradable," said Lorna O'Hara, executive director of the Balloon Council. "We don't dispute that they sometimes find balloon fragments but… when they open them up, there can be anywhere between five and 25 things in their stomachs."

O'Hara said her organization does discourage balloon releases but would "prefer education over legislation."

Vosburgh says it's time to pop the balloon tradition.

"If they're so biodegradable, how come I still have some sitting in my backyard over 6-and-a-half years? … And even if people stopped releasing balloons today, this balloon pollution will persist in the environment and keep washing up along the shores for many, many years to come," Vosburgh said.

CBS News reached out to the University of Nebraska, where the balloon tradition continues. It told us their balloons are biodegradable and are tied to paper strings. 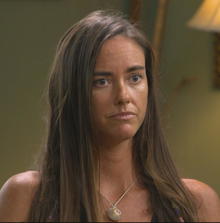 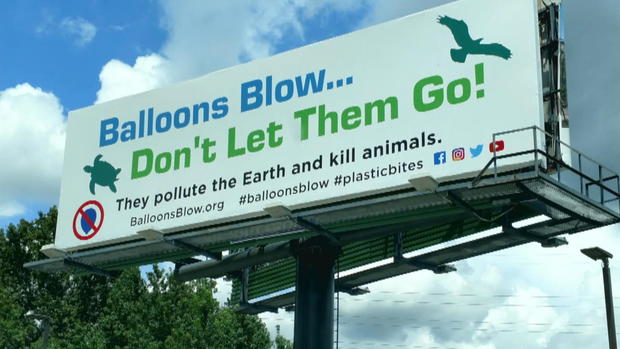