By Caitlin O'Kane CBS News August 30, 2018, 3:26 PM Halle Berry calls out Prince Harry for having a photo of her in his dorm room

Long before he had his sights sent on "Suits" actress Meghan Markle, Prince Harry had his eyes on another actress: Halle Berry.

Recently resurfaced images from inside Prince Harry's high school dorm show the young prince lounging in his room at the tender age of 18. He was attending the prestigious Eton College, but Prince Harry's room looked like the average teenage boy's. He had a stereo, a wall tapestry, photos of his friends and his beloved late mother, Princess Diana. He also had several cutout photos of women from magazines, but seemed to have a favorite.

A picture of Halle Berry was pasted right in the middle of the prince's wall tapestry. The photo of the dorm, from Getty Images, shows Prince Harry sitting directly under the Berry cutout with a huge grin on his face.

Most people noticed how typical the early-2000s dorm looked. "Is that Axe Body Spray?" one Twitter user wrote. Other people commented on Prince Harry's poster choices, including Ms. Berry herself, who tweeted at the prince on Wednesday.

"Okay #PrinceHarry, I see you!" Berry tweeted. She also tagged Missy Elliot and used the hashtag #HalleBerryPosta, referencing a lyric in the rapper's song "Work It."

The 52-year-old actress' response gained its own attention online. "You know you made it when the prince has your poster hanging up," one person tweeted. "To be fair … who hasn't had a crush on Halle Berry," another person commented after the actress publicly called out the prince.

In March 2002, about a year before the photo was taken, Berry made history by becoming the first African-American woman to win an Academy Award for Best Actress for her performance in "Monster's Ball." As Berry was reaching her peak of fame, Prince Harry was just an 18-year-old high school senior, hanging the actress's photo on his dorm room wall.

The photographer who captured that image took several other pictures that day showing the young royal — dressed in the white shirt, bow tie and striped pants that make up a part of the traditional Eton uniform — writing at his desk, gazing out the window, and even polishing his cadet combat boots on his bed. 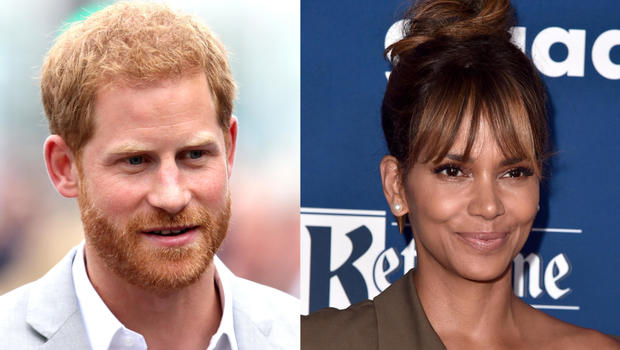 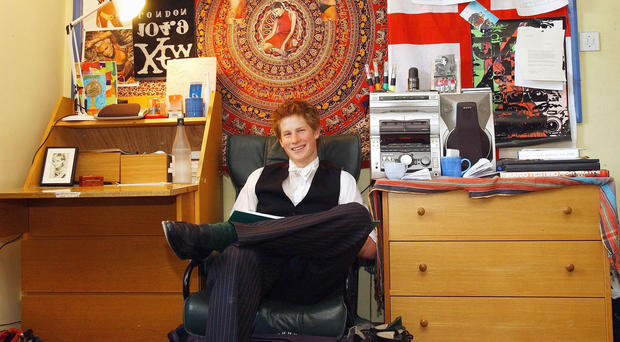 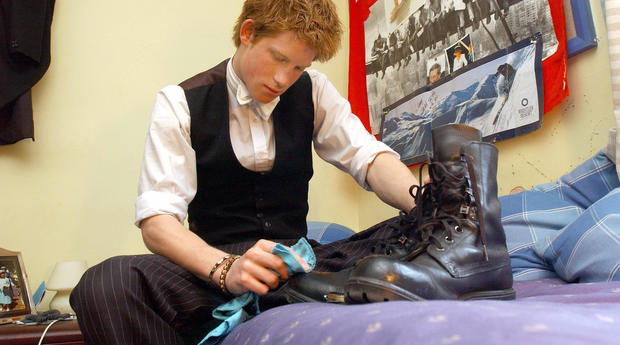 Memorial service for Nipsey Hussle to be held in L.A.