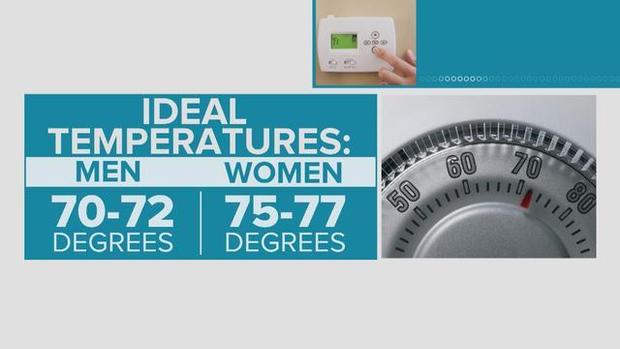 HEMPSTEAD, N.Y. — There was a chill in the debate hall Wednesday night – not from the icy exchanges between actress-turned-gubernatorial candidate Cynthia Nixon and New York Gov. Andrew Cuomo but from the actual temperature.Before the debate, Nixon's team asked that the temperature in the hall be raised to 76 degrees, calling too-cold work environments "notoriously sexist."

But as CBS News correspondent Nikki Battiste reports, it was only 69 degrees in the hall, and she had the goosebumps to prove it.

"Why is it that time again, women have to be the ones who are freezing cold at work?" asked Nixon's senior adviser Rebecca Katz. She said Cuomo is known for preferring brisk temperatures, and Nixon's office – unsuccessfully – tried to raise it.

At the Herald PR firm in New York City, Battiste also found an office divided by the thermostat.

"You have summer on one side and winter on the other side," Herald's CEO and founder Warren Cohn said.

While some men used desk fans and sported short sleeves, Battiste found some women bundled up and using space heaters.

"Women should know that they're not crazy, it's not all in their head," CBS News medical contributor Dr. Tara Narula said. She added there is a science behind why women feel colder.

"It has to do with therma regulation and metabolic rate and clothing differences," Narula said.

A 2015 study published in Nature Climate Change found that most office temperatures are set using a 1960s formula that relies on the metabolic rate of an average man. Narula said men tend to be comfortable with a temperature in the low 70s and women in the mid-to-high 70s.

"Finding a point in the middle where both men and women can be happy would be the ideal situation," Narula said. 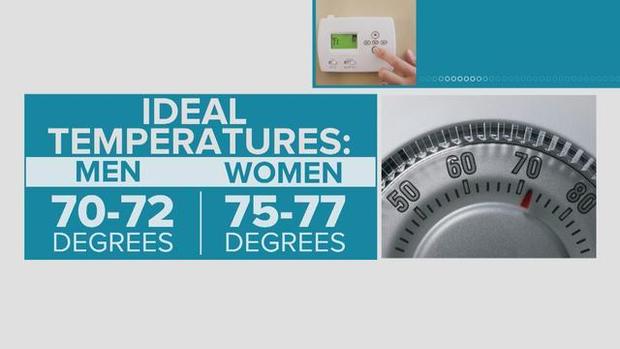