"Usually we wake up at 5:30ish, somebody will start singing," Robertshaw said. "One of the dogs sleeping in the kitchen likes to sing in the morning."

Their doghouse is actually an unusual dog rescue, launched in 2005 when they decided to take in some dogs made homeless by Hurricane Katrina. They were only planning on doing it for a couple of weeks.

But there was always another dog in need of rescue, and they decided the best way to prepare a dog for a new family was to welcome it into their own.

Since 2005, Danta and Robertshaw have taken in and adopted out more than 11,000 animals. That's why they also recently welcomed in some filmmakers. Money from "Life in the Doghouse" the documentary will go to shelters, including their own.

"We get a lot more from them than I think we give them," said Danta.

Not everything in the doghouse is for the dogs.

Learn more about "Danny & Ron's Rescue" on their website. 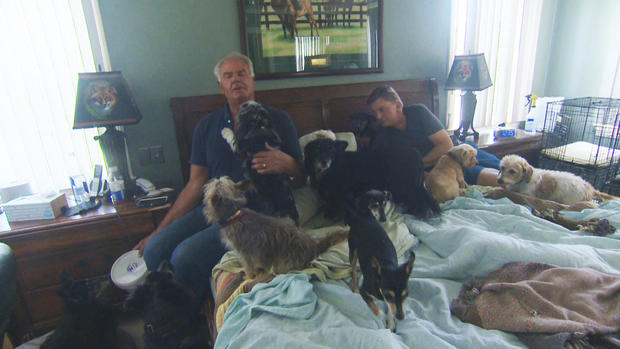