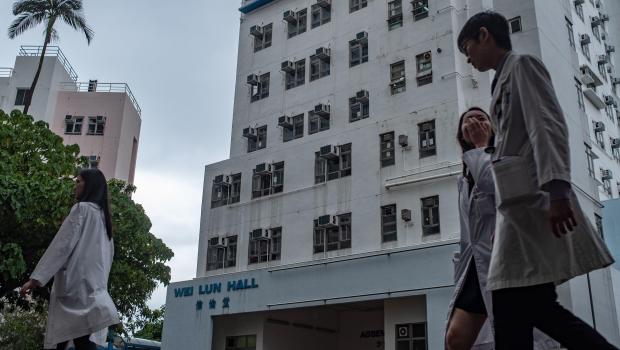 HONG KONG — A Hong Kong university professor was charged with his wife's murder on Wednesday, a day after her decomposing body was found inside a suitcase in his campus office, reports said. Hong Kong University mechanical engineering associate professor Cheung Kie-chung was taken away by police on Tuesday, according to the South China Morning Post and other news media.

Cheung, 53, had reported that his 52-year-old wife walked out after an argument on Aug. 17. She was believed to have been dead for several days when her body was found Tuesday dressed only in her underwear with an electric wire around her neck suggesting strangulation, Singapore's Straits Times newspaper reported.

The Post said a post-mortem examination was being conducted to ascertain the exact cause of death.

Despite Cheung's claim, there was no security camera footage showing his wife, who was not named in the reports, leaving the dormitory where she lived with her husband and an adult daughter and son. He was later seen leaving with a wooden box, the reports said, adding that the suitcase containing the body had been encased inside a sealed wooden box.

Cheung's arrest came days after the start of the trial in Hong Kong of an anesthesiologist charged with killing his wife and daughter by placing a leaking yoga ball filled with deadly carbon monoxide in their car.

Malaysian citizen Khaw Kim-sun, 53, was allegedly having an affair and had become estranged from his wife and four children, although they continued to live together. Khaw, who has pleaded not guilty, was arrested in September. 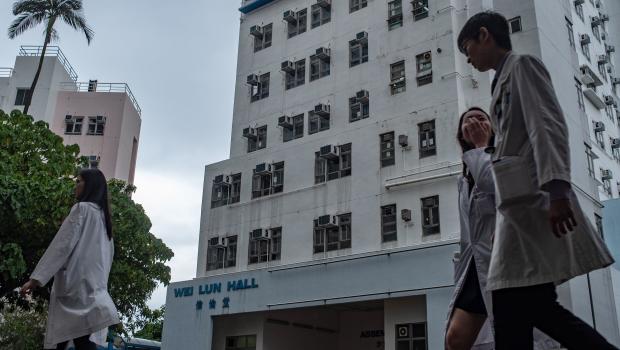