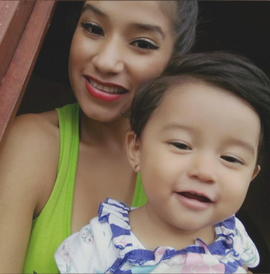 A Guatemalan mother who says her baby died after falling ill in a Texas immigration facility is planning to sue the U.S. government. Border agents apprehended Yazmin Juarez, 20, and 19-month-old Mariee in March after they entered the U.S. seeking asylum. Juarez blames inadequate medical care for her baby's death six and half weeks later.

Juarez fled Guatemala with her daughter because she feared for their safety, but she never imagined her dream of coming to the U.S. would end like this. Now she's seeking not only millions of dollars in a series of lawsuits, but justice for her only child, reports CBS News correspondent Mireya Villarreal.

Lawyers said medical staff at ICE's South Texas Family Residential Center examined and cleared Mariee for custody in March. Jones said within days, the toddler developed a respiratory infection after sharing a room with other children, some of whom were sick.

"What started with a cough and congestion and runny nose, turned into intermittent fevers… sometimes spiking as high as over 104 degrees," Jones said.

Juarez's lawyers said medical staff prescribed an antibiotic, Tylenol, and honey among other treatments, but Mariee's health continued to decline.

"The medical care that Mariee received inside Dilley was woefully inadequate, neglectful and substandard," Jones said.

Legal papers filed Tuesday say Mariee was still sick when she and her mother were released to live with family in New Jersey. Hours later, the child was admitted to the hospital. Six and a half weeks later, Mariee died.

"It was unimaginably painful for Yazmin," Jones said.

Lawyers said Mariee suffered irreversible brain and organ damage. ICE declined to comment on Mariee's case due to the pending litigation. But in a statement the agency said it "takes very seriously the health, safety and welfare of those in our care…including providing access to necessary and appropriate medical care."

"To Yazmin justice means more than just money," Jones said, adding, "Nothing can ever bring her daughter back… but she wants to make sure that this never happens again."

Lawyers for Juarez are preparing multiple lawsuits. The first seeks $40 million in damages from an Arizona city, which serves as the government's prime contractor for the Dilley, Texas center. Lawyers for the city did not respond to our request for comment. 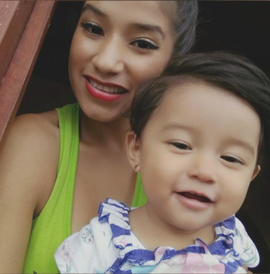 Ken Jennings wins “Jeopardy! The Greatest of All Time” tournament