"Intelligence Matters" is a weekly podcast about national security and policy hosted by former CIA Acting Director and CBS News national security contributor Michael Morell. Each week, users can listen to conversations between Morell and some of the world's leading intelligence and national security officials and experts. The podcast, which launched in 2017, was previously produced in partnership with The Cipher Brief, a website dedicated to national security topics.

In this episode of Intelligence Matters, Senator Mark Warner (D-Virginia), vice chairman of the Senate Select Committee on Intelligence, speaks with host Michael Morell about top national security issues facing the intelligence community, the policymakers who oversee it, and the administration within which it operates. Warner shares his views on the responsibilities of currently-serving intelligence officials and the importance of adhering to the rule of law, and explains why the Senate Intelligence Committee's ongoing investigation into Russia's interference in the 2016 election might be among the most important efforts of his public life. He tells Morell why his concerns about the strategic threat posed China have multiplied in recent years, and what he believes Silicon Valley – and the U.S. government – need to do to protect themselves against foreign influence campaigns from Russia, China, Iran and others.

The Intelligence Matters podcast is available on iTunes, Stitcher, Google Play and Spotify. We'll post updates about future guests on Twitter and Facebook. New episodes of the podcast, hosted by former CIA Acting Director Michael Morell, will post on Wednesdays.

Aug 29 | Mark Warner on securing elections, combating disinformation: "We're not there yet" | Transcript

Jul 24 | Pakistan's former ambassador says his country must get out of the business of jihad: Husain Haqqani

Jun 19 | James Clapper on internal and external threats to the U.S.

May 29 | John McLaughlin on helping families of the fallen

May 22 | Undercover spy to public official: Rep. Will Hurd on global threats and domestic challenges

May 15 | The Iran nuclear deal: What in the world happens next? James Jeffrey

May 8 | Negotiating with North Korea: The players, the stakes and the surprises: Joseph DeTrani

May 1 | The relaunch – with Gen. Michael Hayden 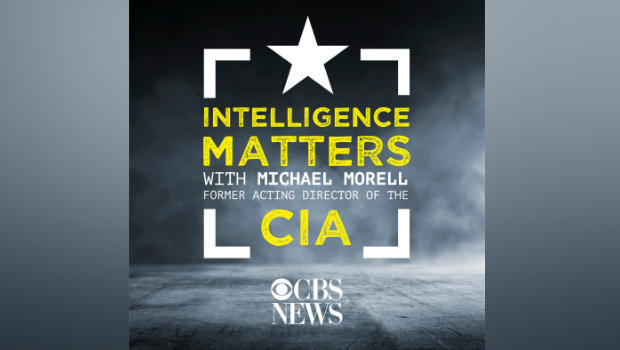