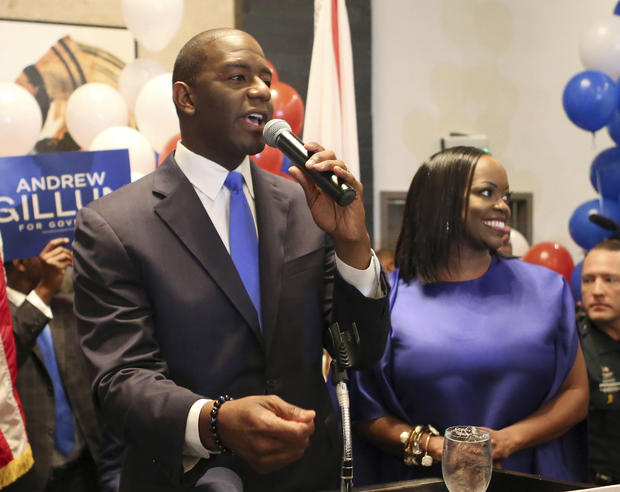 TALLAHASSEE, Fla. — Andrew Gillum seized the Democratic nomination for governor of Florida despite being third in the polls just a week ago and outspent by tens of millions of dollars. He has emphasized his unlikely rise.

"I was the only non-millionaire in the race and that was no slight to any of my opponents, but meant to simply say that it means something to have had the experience of what it meant to watch my mother and father trade between which bills they could pay before something got cut off," Gillum said.

In picking Gillum, Florida Democratic voters abandoned the traditional strategy of playing to the center, and took a hard left. Gillum supports Medicare for all, abolishing Immigration and Customs Enforcement and impeaching President Trump. His big endorsement came from Sen. Bernie Sanders.

It's a complete 180 from the man who helped propel Ron DeSantis to the Republican nomination: the president himself, whose policies DeSantis has fully embraced.

"Our taxes have been cut and the red tape has been reduced. I'd say that's pretty good work for a year and a half. So let's keep it going," DeSantis said.

The gloves are already off. Mr. Trump called Gillum a "failed socialist" on Twitter Wednesday. Republicans plan to use an FBI investigation of Tallahassee's municipal government against Gillum, though he's not directly been named a subject.

Democrats will likely use a comment by DeSantis Wednesday that some call racist.

"The last thing we need to do is to monkey this up by trying to embrace a socialist agenda," DeSantis said.

The DeSantis campaign said it would be "absurd" to characterize his remarks as racist. Gillum called them "beneath the intelligence of Floridians." 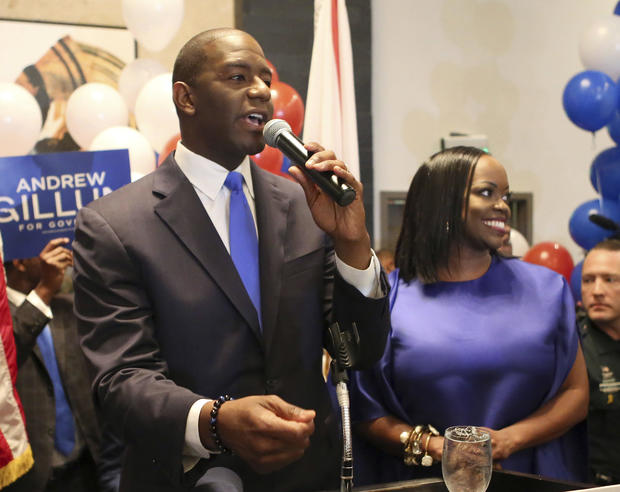