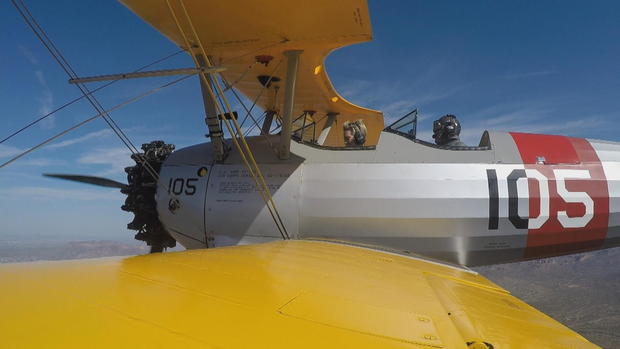 Ten years ago, Airbnb disrupted the hotel industry and changed how people travel. Now, it's selling what you do on vacation as much as where you sleep. There are thousands of "Experiences" around the world to book on Airbnb — everything from walking with wolves to aerial yoga and even, as CBS News' Jamie Yuccas found out, flying in a vintage airplane.

Arizona pilot Craig Judd is one of almost 15,000 people around the world who share their skill, hobby or passion with paying customers who find them listed on Airbnb. He took Yuccas for a ride in his 1943 open-cockpit biplane.

"Three out of four millennials, young people, said they'd rather buy an experience than a physical good. And so I think the experience economy is this huge wave," Chesky said. "We want the experience to be so good that you do them even if you live in the city."

"It makes Airbnb a one-stop shop for a traveler because they're going to stay somewhere and then they're going to see, well, what else can I do?" said Los Angeles-based burlesque performer Cat Lacohie, who offers an introduction to her craft.

But along with some of the "Experiences" comes a big risk for Airbnb. Chesky says the company vets every single one of them.

"We'll have a very specific protocol to make sure it's safe. Make sure people have the licenses, the regulations to be able to do this," Chesky said.

Terry Lockwood already had years of experience as a master falconer before she and Antonella Zampolli started offering falconry on Airbnb.

"I talk to so many people that love falconry and I wanted them to get a taste of it," Lockwood said.

"For every dollar that a customer spends on the hotel and the airfare, they spend three dollars in the city, and so it's an attempt to capture some of that," Fortune senior editor Leigh Gallagher said.

Gallagher says Airbnb is banking part of its future on a market still in its infancy.

"Experiences isn't something that everyone needs. You need a hotel room, you need a place to stay. You don't need an experience, so they have to in some ways manufacture the demand, and that's not easy to do," Gallagher said.

What does Chesky have to say to that? "We don't travel to sleep in a house or a hotel, we travel to have experiences." 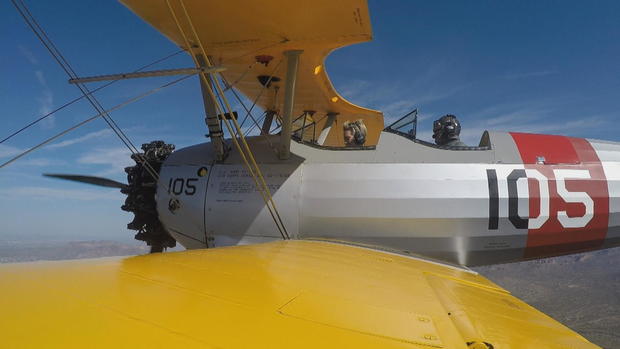 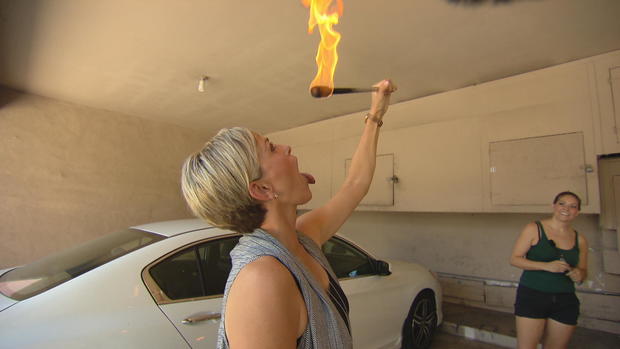