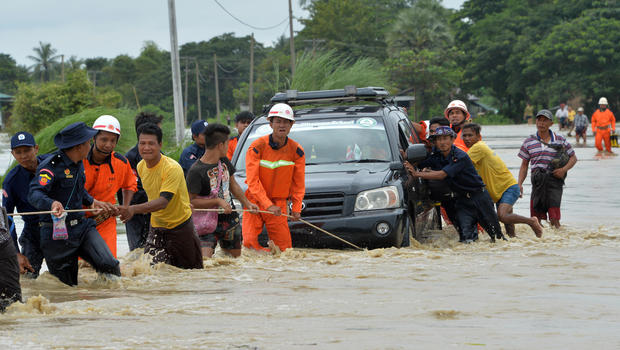 BAGO, Myanmar — A major effort was under way to reach thousands of people trapped in their homes after a dam swollen by monsoon rain overflowed early Wednesday in central Myanmar, officials said. A surge of water inundated the rural flatland in Bago region after the Swar Chaung dam spillway, which regulates the release of water, collapsed due to heavy seasonal rain.

AFP reporters in Kayin village described how some people waded through chest-deep water to get to higher ground.

Many others remained trapped in their half-submerged homes as rescuers worked into the night to try to ferry residents out.

No casualties have yet been reported but more than 12,600 people have taken shelter in about 30 temporary camps, Ministry of Social Welfare director Phyu Lae Lae Tun told AFP.

"We will get divers to go down and check after the water levels recede," he said.

Army chief Min Aung Hlaing, under mounting international pressure to face international justice following a damning UN report this week on the Rohingya crisis, was quick to arrive at the scene on Wednesday morning.

"We have to work together," he said. "The spillway will not be able to be controlled until the water flow stops."

The $1.2 billion Xe-Namnoy dam — a joint venture between South Korean, Thai and Laotian firms — collapsed on July 23 after heavy rains, unleashing a barrage of water that swept away entire villages in the country's south.

The communist country has since suspended its hydropower strategy to become the "battery of Asia" by damming rivers and selling electricity to its neighbours. 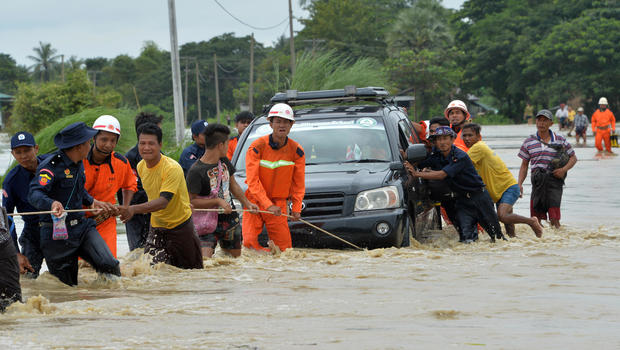 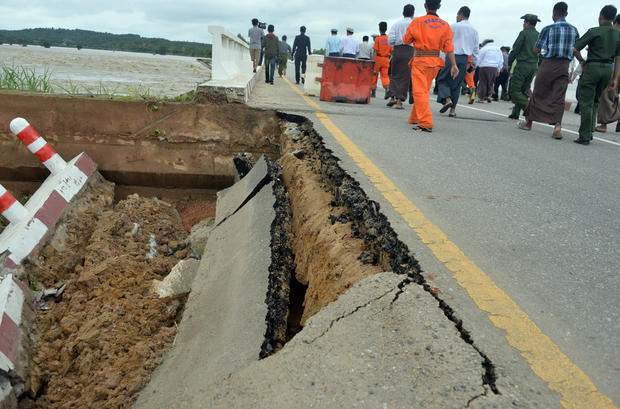 The rise and success of the first Black female billionaire Sheila...

Hurricane Willa becomes Category 5 storm as it takes aim at...

American sentenced to hang in Malaysia for murdering ex-wife